Battle Worlds: Kronos is an impressive turn based development that grew from a successful Kickstarter campaign into a full release video game with a large amount of single player content. Delivering a strategy experience with a huge amount of units, campaign gameplay and customisation opportunity it aims to be a shining star in a genre that doesn’t receive the same amount of love as the gaming eras of yesteryear. 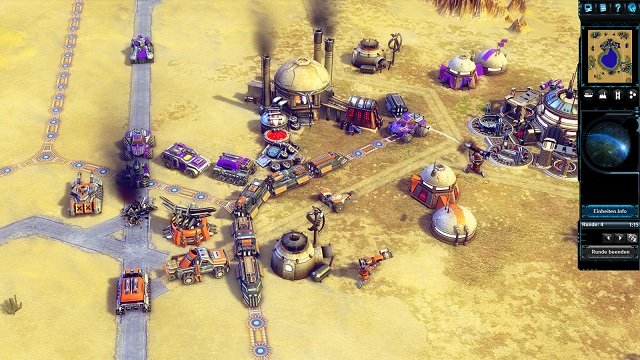 Battle Worlds: Kronos throws players into a militaristic setting as you complete each level to learn more about the events currently taking place and uncovering the hidden plot. Split across two different campaigns each piece of dialogue is generally well written and adds a lot to the adventure outside of the scenario levels you’ll conquer.

With these two campaigns Battle Worlds: Kronos explores a battle where you lead the Yerla faction and the other where you lead the Rebels which play out very differently due to their own origins and unit variations. All up you can expect 40-50 hours of gameplay which is well above most modern day strategy games and further expanded with single player challenge content. This ensures great value for money in Battle Worlds: Kronos before you even take into account the multiplayer opportunities with live and asynchronous options. 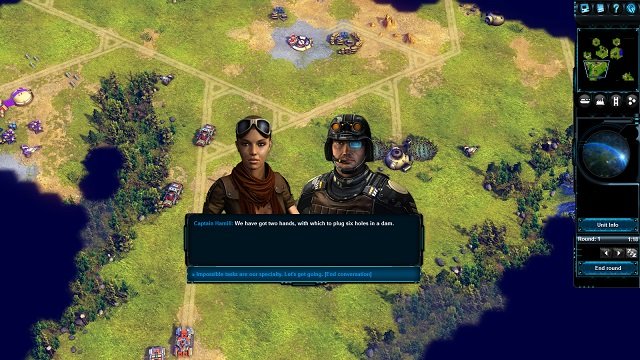 Regardless of single player or multiplayer game modes you’ll be treated to refined turn based combat that puts a wealth of control in your hands. In addition to controlling all of your units which vary greatly in their visual design and intended use players have to manage their individual unit progression with a level system that lets you change a unit to meet your needs such as improving a units range or choosing defence boosts instead. This is by far the most innovate mechanic in Battle Worlds: Kronos and helps you feel a connection to each of your hand designed units especially given some will join you across multiple missions.

Units are primarily inspired by modern military technology with some options that are unique to each of the game factions. This includes the Telit special unit known as the Medusa with a massive EMP blast cannon, the Meteor that is a flying destructive unit of the Lumati or the Yerla’s hacker unit which has strong stealth abilities. 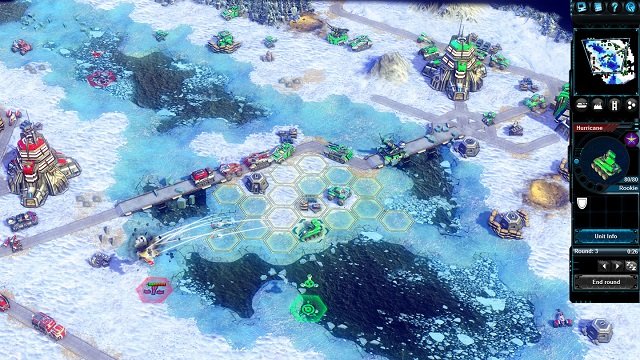 Other mechanics that you’ll be exposed to in the campaigns include transporting vehicles, repairs, counter attacks, capturing buildings and wrecked vehicles blocking off terrain paths. All of these elements are introduced at a reasonable pace in the campaign although players will quickly learn that Battle Worlds: Kronos favours an attacking focus due to the fact that damaged units deal less damage so any immediate counter attack is often weaker than the initial attack.

After you’ve trekked your way through the two campaigns and mastered the many mechanics that the game has to offer you’ll find a wealth of extra gameplay through multiplayer with features such as leagues, cross platform games (live or asynchronous as previously noted) and a detailed map editor that allows for all sorts of community creations. When all the mechanics combine together Battle Worlds: Kronos is a game more likely to appeal to the veterans of the genre who are familiar with the titles the game draws inspiration from such as Battle Isle and don’t mind a high difficultly bar that throws scenario after scenario at you.

Games Finder is a Steam Curator and featured in the aggregate review scores data of MobyGames and Neoseeker.
FEATURED ON
Games Like Advance Wars, Games Like Command and Conquer, Games Like Fire Emblem, Games Like Supreme Commander, Games Like XCOM
LEAVE A REPLY Cancel Reply