Battleborn offers a blend of multiplayer and singleplayer shooting action with a similar style of humour to the Borderlands franchise. With over two dozen heroes that can be altered further with gear and helix options the strength of the game lies within the variety of ways to engage in combat. 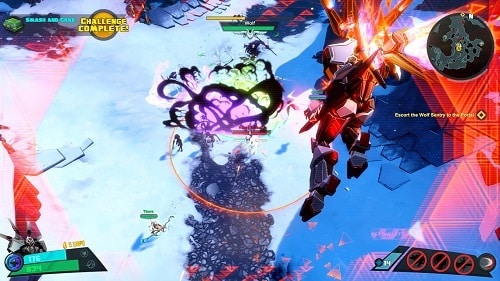 Set deep in space where most of the planets in the universe have been destroyed by a dark event every species has flocked to one of the last known stars, Solus. Once the origins of the catastrophe are uncovered all the best fighters are called into battle.

From these fighters you’ll pick the one that resonates the most with you and take them through both the single player campaign and multiplayer servers. Battle born also includes the ability for friends to easily tag along with support for co-operative gameplay which is where the game particularly shines.

In the multiplayer arena you’ll pick from 3 different game modes that each pit 5 players against an equally equipped 5 opponents. Modes include Incursion which plays similar to a MOBA game, Capture which is basically a death match with added objectives and Meltdown where points are awarded for guiding your AI minions to the other side of the map.

In addition to the unique skills of your selected hero players can also take into battle 3 items which can be bought be collecting currency within that particular match, with stronger items needing more currency to be built up to keep things balanced. Items must be found through single player drops or can be bought in random packs with in game currency, which can also provide hero skins. 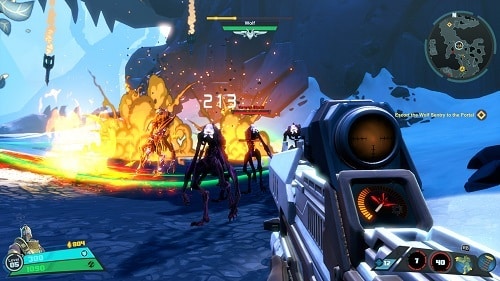 Further customisation comes from helix ranks which can be accessed the more you play a character and come with 10 levels each of which provides a modification to a skill that can increase damage, add crowd control effects or completely alter the skill to a different use entirely.

Battleborn started slow due to a poorly timed release alongside the behemoth of Overwatch but with a few friends by your side you’ll quickly realise Battleborn still has lots to offer, especially with its single player/co-op campaign.

Games Finder is a Steam Curator and featured in the aggregate review scores data of MobyGames and Neoseeker.
FEATURED ON
Games Like Borderlands, Games Like Destiny, Games Like Overwatch, Games Like Team Fortress 2
LEAVE A REPLY Cancel Reply