Battlevoid: Harbinger aims to be a challenging exploration game where you explore the galaxy, experience real time space battles and take control of enemy territories one hyperspace jump at a time. 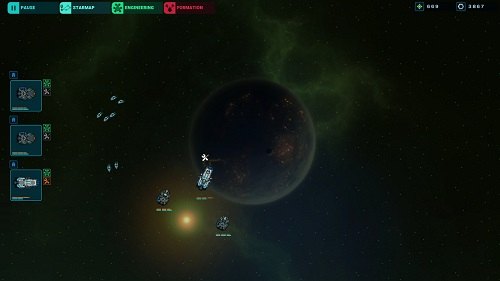 Originally released under the name Battlestation: Harbinger but renewed under Battlevoid: Harbinger you will make key decisions for your spaceship as you explore, fight and improve your spaceship. Your exploration across the galaxy is node based with each jump taking a players turn.

After each of these jumps what awaits players is up to fate, ranging from a ship encounter, alien technology, allies and more. The vast majority though see players entering into real time combat against other ships where you’ll command movement of your spaceship and it’s individual fighters to take down the enemy with your array of weapons and loot their space corpse.

With vast customisation of your spaceship which can often be influence by the items you find or take from dead enemies each playthrough attempt can be different. Players can easily swap in and out ship components while also upgrading them individually to be more potent. Unwanted upgrades can be sold for currency to add an entirely new ship to your squad or buy desirable items from the scattered friendly bases. 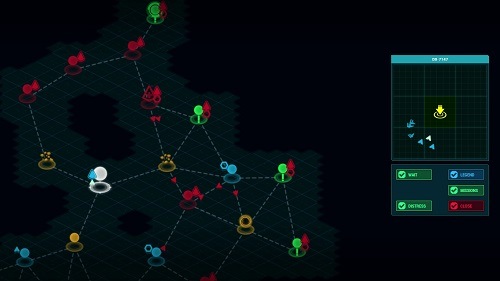 Discovering all the available strategies and understanding in what circumstances each is strong can take some time in Battlevoid: Harbinger. This is just part of the journey though with the permanent death to your spaceships having players start again although with access to new starting ships based on experience gained slowly over time.

While simple in design Battlevoid: Harbinger has a price tag to match, it’s great for several runs although the lack of event variety does stop it from being some greater.