Become bewitched in Bayonetta an action adventure title that features intense and over the top fantasy where you’ll fight angels with insane attack combos. Serving as the first of several Bayonetta titles to come the game was released in 2010 with subsequent releases that expanded on the available game platforms.

At the core Bayonetta aims to create a third person beat’em up style of gameplay with a fast paced delivery of combat and story that is thrown at players at high speed. For this adventure ahead you’ll be playing as Bayonetta, a witch that uses a mixture of firearms, melee weapons and magic to fight against angelic enemies while uncovering her own history after she awakes from a 500 year sleep. 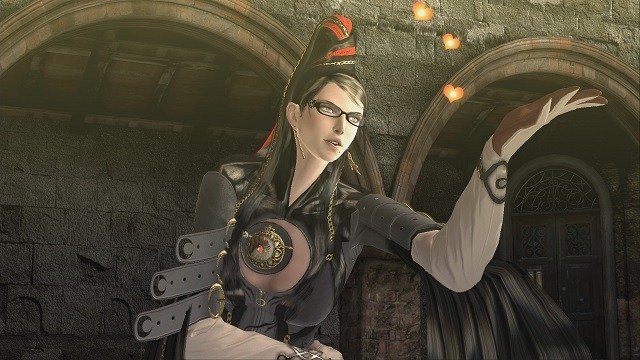 Her story of awakening plays out in a fictional European city known as Vigrid as you attempt to reclaim lost memories and make sense of your unknown surroundings. As is traditional for an amnesia story in video games in time you’ll recover these memories which also provide you background to the game universe. Revolving around the unending battle between Umbra Witches for darkness and Lumen Sages of light who oversee balance in the world with their Eye of the World treasure made up of a left eye and right eye jewels, one of which Bayonetta has possession of.

Along the way players will also encounter characters from the past including their fellow Umbra Witch and rival Jeanne and the the human undertaken informant Enzo who feeds you information about the other half of the Eye of the World. While this serves as the main objective for much of the story players also find themselves twisted in a plot of their own origin. 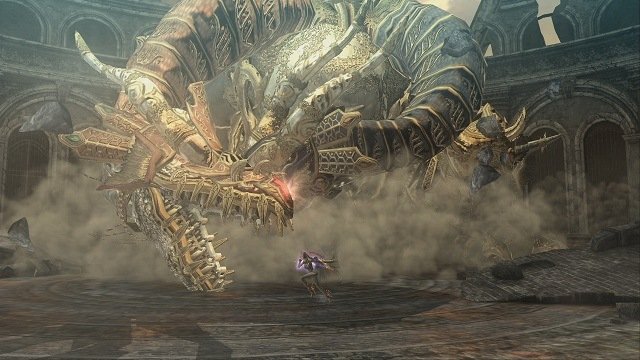 The over top nature of the Bayonetta experience is present everywhere from the storyline to the combat, environments and character designs. The most notable of these elements though is the often brutal and unique execution attacks that Bayonetta summons to deal ultimate damage to the angelic foes she fights against. From summoning a massive guillotine to kicking your enemies into an iron maiden they are all highly creative and often completely insane.

Outside of these devastating attacks Bayonetta combat is a combo orientated experience but still manages to ensure that all players on the button masher spectrum are looked after. While mashing your way through basic enemies with simple combos won’t be as efficient compared to taking the time to learn some complex ones you generally won’t run into too many issues if that’s your preferred way to play. On the other hand if you have a keen interest in mastering the most difficult combos  that Bayonetta has to offer you’ll be rewarded with faster level clear times and in turn better scores. 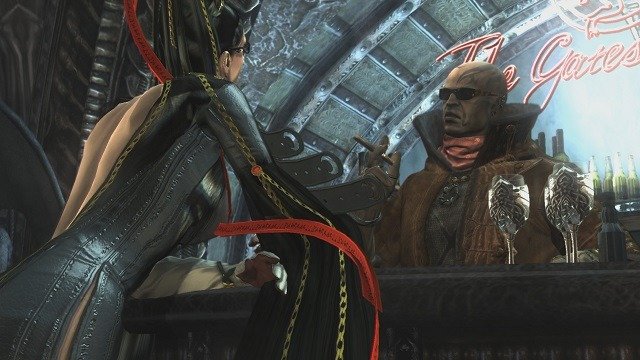 Regardless of how you opt to play on the attacking front one thing you’ll need to master in Bayonetta is the dodge mechanic which combined with Witch Time lets you slow down time. The result is the ability to unload on your enemies with attacks without retaliation and accordingly a major contributor to your attack windows and damage. Other features of Bayonetta include unlockable animal transformations, item crafting and a fairly deep currency system that lets you turn the halos that enemies drop into new items, techniques or weapon upgrades.

It’s safe to say that no game in the action-adventure genre is more over the top than Bayonetta (other than the sequels), while its over the top nature might be too wild for some the wealth of features in this game make it a must experience for fans of the blended gameplay that this action-adventure and beat’em combo offers.