Bean’s Quest combines classic retro platform titles with superb level design to create a fun and crazy experience for mobile which was later brought across to computer gamers although shines most notably on its mobile (iOS and Android) birth place for which it was originally designed. 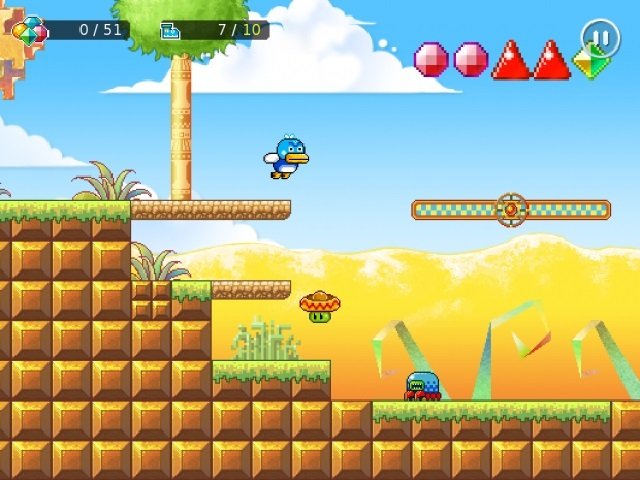 Relying on 16-bit graphics of the era past Bean’s Quest takes you on a jumping journey through 5 different worlds with their own challenge level design for a total of 50 levels. Doing away with the jump button all together players are constantly jumping and given control only over the left and right movements which is perfectly suited to their mobile environment and significantly cuts down the input required.

The end result is something quite different in the gameplay department from a true platforming title but still managed to capture the crux of the genre. Along the way players will also be searching for their one true love, their missing pet axolotls. Supporting this adventure of love Bean’s Quest features a varied upbeat soundtrack that is far behind similar mobile titles that often ship with only a single music track. 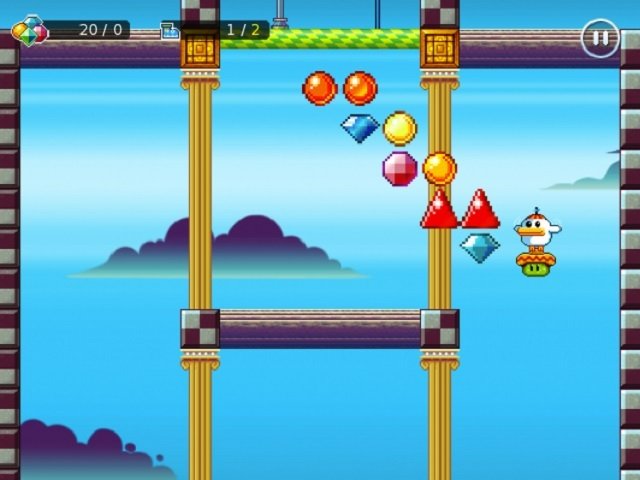 This jumping mechanic will no doubt cause some irritation at first but once you adapt you’ll discover some of the secrets to controlling your little jumping bean make it just as exciting as any fully fledged platformer. Other game mechanics are equally reminiscent of Mario style platform games with squishing enemies, collecting diamonds and stat tracking (number of jumps and diamonds collected) which encourages you to replay levels to attempt a perfectly optimised run.

This also ties in closely to the level challenges which often have you aim for a certain number of jumps amongst other difficult thresholds that will have you heavily analysing levels in order to achieve them. Each of the 50 levels of Bean’s Quest offers three such challenges for a total of 150 for diligent players to extract even more value from their purchase With over 50 such levels and over 150 challenges the price to value ratio isn’t too bad in Bean’s Quest. 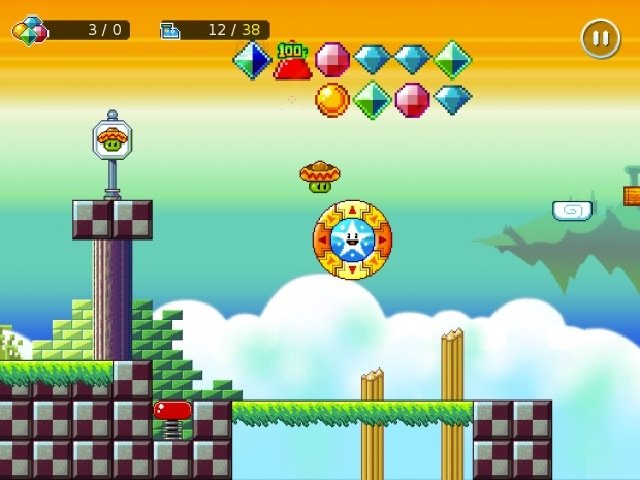 While Bean’s Quest doesn’t feel as impressive on your computer given the wide array of video games with highly polished and unique platform elements on the platform Bean’s Quest is undeniably a hit mobile title. This is particularly the case for completionist gamers seeking a platform mobile game given the challenges linked to the game levels that will offer hours of challenging replay.