Beastie Bay is a unique game with monster training aspects for your Android and iOS devices. The game is free to play and published by Kairosoft who have a track record of producing some amazingly fun smartphone games with unique mechanics. Beastie Bay is no exception offering a mix of Pokemon and city building. A Nintendo Switch version was released in December 2021 as Beastie Bay DX and is a paid game. 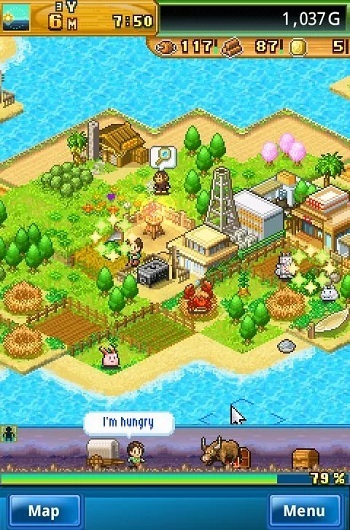 So what are the unique elements of BeastieBay? Not only will you have to collect a number of beasts and use them for battle you’ll also have to transform the island in the game.

Combat in particular is also not what you might expect. While there are turn based battles you’ll send your monsters into various map regions and dungeons as teams of 3 and they’ll explore it freely until encountering enemies where you’ll take control (or let them battle for themselves to speed up the process).

The game has great pacing that slowly opens up all the options of the game so you aren’t instantly overwhelmed from the get go.

After choosing your starting ally (dog, cat or duck) you will start exploring the unknown territory around your starting location. As you explore you’ll unlock new areas, beasts to use as your allies, residents, traders and additional buildings to help you build your island. 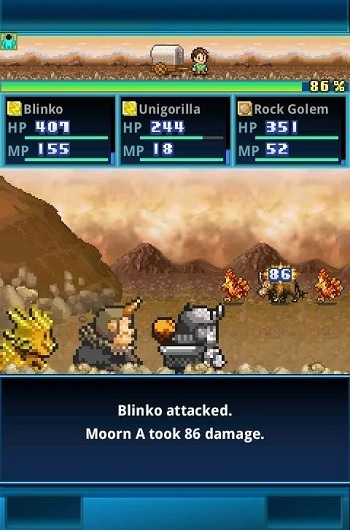 Part of creating a successful island is ensuring that all your residents have a home which they’ll retreat to when they need to restore their strength after battles. Your island residents will also collect materials for you to use in buildings in the areas around their home so you have to carefully consider where to place them. Eventually you’ll also attract tourists who will spend money on attractions within your island.

The unique mix of game mechanics takes some getting used to and will definitely come across as odd at first but once you get your hands into the gameplay you’ll be hooked. The game is also one of those rare smartphone games where you can play for hours on end or play for small bursts of 10 minutes at a time.