Beyond Good and Evil is a popular action adventure game that was first released in 2003 for the Xbox, PlayStation 2 and Windows. Its widespread popularity led to a HD remake for the PlayStation 3 and Xbox 360 in 2011 which is available on their respective online stores and allow you to once again return to the adventure on offer at 60fps and 720p resolution. While many of the textures were simply improved you’ll also find some along with their associated sounds have been completely redone while adding achievements. 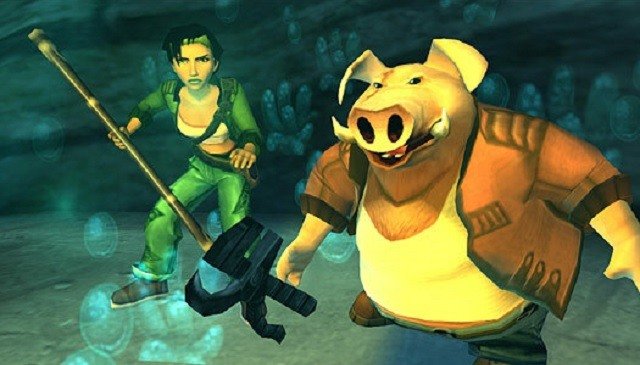 Beyond Good and Evil is set in the future on the planet Hillys and offers an interesting mixture of modern day technology, fantasy and sci-fi all rolled into one. Hillys has recently come under attack from a strange race of aliens known as the DomZ which spend their time sucking out life force or enslaving humans that need to be dealt with.

The military rule currently in place on Hillys has been unable to stop the attacks which leads to the creation of a resistance movement to undermine the military dictatorship and help the people who are suffering the most from the incursion of aliens. 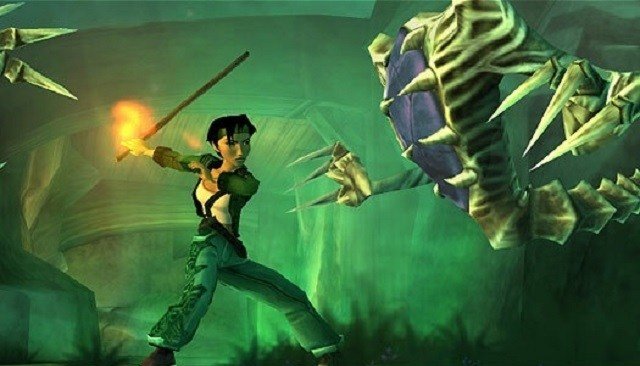 In Beyond Good and Evil players will step into the shoes of Jade who is recruited into the resistance for her talent as a photojournalist. For many of the missions players will also be joined by Jade’s uncle, a boar creature named Pey’j who serves as both your guide and source of comedy. The game centres heavily on Jade’s photography skills with missions requiring evidence to be collected through her camera rather than a direct confrontation (although this does still happen). Jade can even take photos of animal species that she encounters and trade them in for the game currency and adds an additional mechanic to your photographic evidence hunt.

Gameplay grabs small elements from several genres and mixes them together to deliver a highly enjoyable adventure style experience. The core gameplay will have Jade battling multiple enemies, using stealth to her advantage, exploring a large game world and completing mostly environmental puzzles. Played from a third person perspective Jade wields a combat staff as her melee weapon and pairs this with a launcher for ranged combat when necessary. As an older title Beyond Good and Evil uses an older fashioned health system with attacks draining health and refined through usable items that can be bought or acquired with your total heart number being upgradeable. 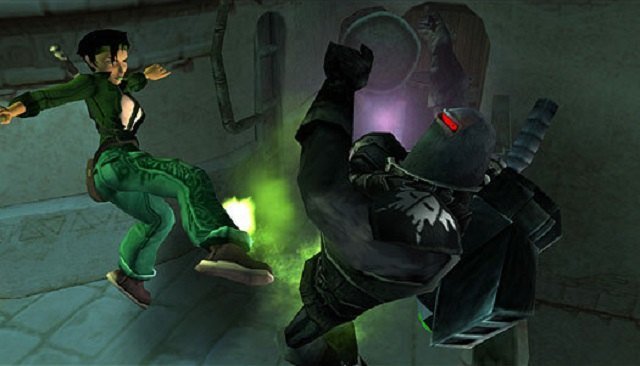 Platforming rounds out the Beyond Good and Evil experience with players able to jump, climb, push and interact with various objects around the world that works in with puzzles and stealth nicely. Other side activities in Beyond Good and Evil include several mini games that are available in Akuda bar and allow players to win units and pearls that are two central currencies to your adventure.

Games Finder is a Steam Curator and featured in the aggregate review scores data of MobyGames and Neoseeker.
FEATURED ON
Games Like Kingdom Hearts, Games Like Shadow of the Colossus, Games Like Zelda
LEAVE A REPLY Cancel Reply

Beyond Good and Evil