BioShock 2 has players jumping into the body of a Big Daddy in a game set nearly a decade after the end of the original BioShock and giving players a taste of something different. Despite the passage of time Rapture is still the dangerous, unforgiving and scary dystopia it was in the original although you’ll be seeing it through a different set of eyes this time around. Mixing familiar locations and characters along with new ones BioShock 2 ensures adequate fan service amongst fresh content. 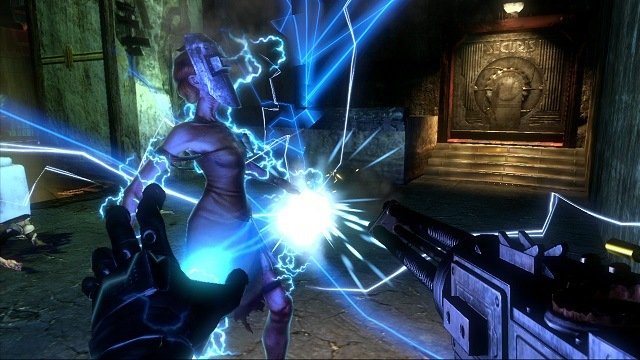 Playing as the large hulking beast of a Big Daddy who were created to protect the Little Sisters you’ll step into the armoured suit of the fourth Big Daddy ever created.Waking up without a memory of their past and without the sister that they were paired much of your story follows your hunt to locate and protect them.

Splicers are again your main enemy in Rapture which you can dispose of with a variety of weapons, Plasmids and tonics just like in the original BioShock title. However, this time around the game has a larger focus on melee combat, as you would expect when playing a large Big Daddy capable of inflicting devastating close range attacks. The change to a Big Daddy body also gives the player greater flexibility to blend Plasmids with weapons for powerful combinations by allowing a player to have a weapon and Plasmid active at once. 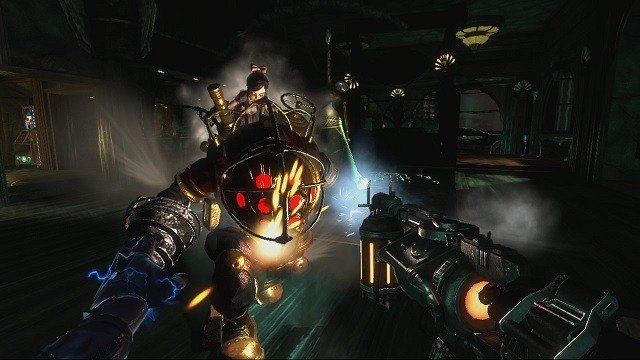 Like the locations these are a mix of familiar and new with weapons like a drill, rivet gun, machine gun, shotgun and spear gun. Similarly Plasmids like electro bolt, insect swarm and telekinesis return alongside newcomer summon Eleanor.

Many of the other game elements from the original are still present in BioShock 2 with players collecting various loot and spending it at vending machines in the dilapidated setting. Security systems and a hacking mini game also return which just like the original opens up multiple approaches to dispatching enemies and completing quests. For fans of the photography feature of the original game you can now use a video camera with emphasis on recording some of your more creative kills and research purposes. 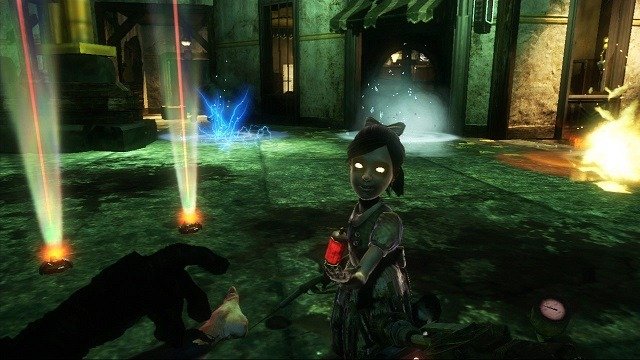 A new addition to test player’s solely on their combat ability is the the Protector Trials where you’ll have use unique weapons and loadouts to overcome waves of enemies while protecting a Little Sister as she harvests ADAM from an ADAM rich corpse.

More broadly these Little Sisters are still at the heart of the gameplay though with players able to fight off other Big Daddies to either harvest or adopt the sister for a period of time and introduces a completely different type of combat. The swap to a Big Daddy in BioShock 2 definitely took plenty of people by surprise but the change has worked perfectly, offering an entirely new BioShock experience.