BioShock Infinite is a FPS game released in March 2013 for multiple platforms by 2K Games. It is the third game in the critically acclaimed BioShock series which has been praised for its strong gameplay, horror aspects and immersive storytelling. 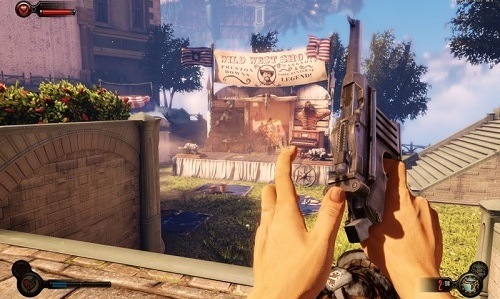 The majority of the game takes place in 1912 on the floating city of Columbia. Players take on the role of agent Booker DeWitt on his mission to rescue Elizabeth from captivity. After successfully rescuing Elizabeth you’ll quickly discover there is much more to her than meets the eye.

The gameplay is very similar to that of the previous BioShock instalments with players fighting their way through a mostly linear storyline with a number of weapons, powers and environmental puzzles. The game also offers a hidden game mode (1999 mode) that dramatically increases the game difficulty after the first playthrough.

The role-playing elements of the first two BioShock games are still present in the game with players gaining additional weapons as they advance through the game with the option to upgrade them as they see fit. You will also gain a variety of powers from telekinesis to lightning and even animal control to help them escape the city of Columbia. 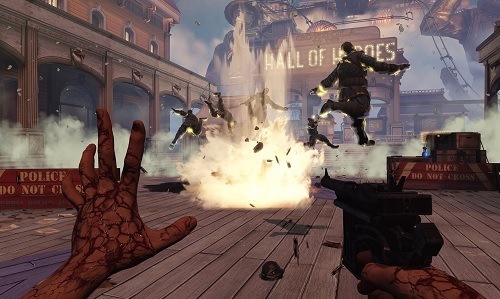 This character customisation continues further through gears which offer passive bonuses to improve damage or offer a variety of resistances. Of course players are limited to the upgrades they can purchase and the number of active gears they can have at any single time to create some strategic decisions.

Whether you played and love the other BioShock games or are new to the series you’ll love what BioShock Infinite has to offer.

This review was first published on October 20, 2014. Read our update policy to learn more.