Step into the dark world of Rapture in BioShock which blends first person shooter mechanics and light RPG features which gave birth to a popular franchise of atmospheric titles. Originally released in 2007 with a number of re-releases since to expand the number of available game platforms BioShock is the first of many adventures that explore philosophical and total utilitarianism themes. 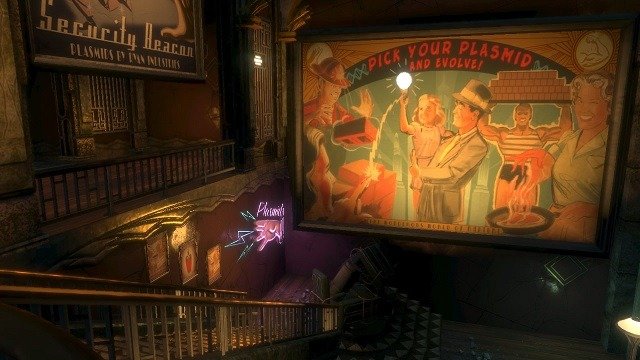 This original BioShock is set in the 1960s and has the player arriving at the mysterious underwater city known as Rapture which hides a number of mysteries and enemies. As you progress through this sunken city players will slowly unravel the history behind the strange city and the events that led to its eventual downfall from a flourishing metropolis. Feeling like a story straight from the real world this Rapture centred adventure explores the growing wealth disparity that grew overtime in the hub of technology and scientific freedom under the successful businessman of Andrew Ryan. In time several factions would rise up against Andrew Ryan’s rule which was made even deadlier due to the use of the addictive ADAM chemical that imparted a number of enhancements on the human population.

In BioShock players join the world of Rapture as Jack who finds the location after he is the sole survivor of a a plane crash in the vicinity. From here you are recruited by the unknown Atlas who guides you through the crumbling and war torn location with the societal collapse that took place evident in every location. Ultimately players will have to make a number of key decisions which impact on the final ending received for you and Rapture. 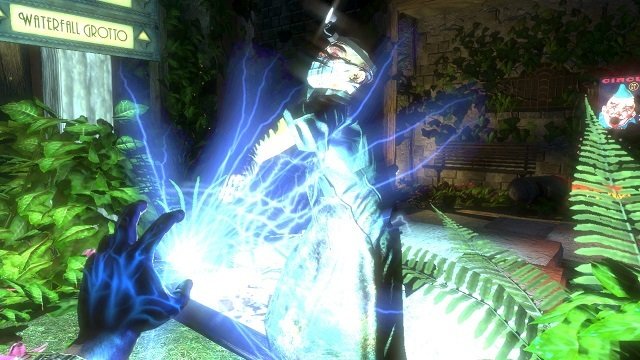 Throughout this story journey players will engage in first person combat against an array of enemy types that interact differently with the player. From the common Splicer that will charge at you with a melee weapon to the powerful Houdini Splicer that throws plasmid powered fireballs to the mini boss characters you’ll have a number of fighting challenges along the way. Players will also have to consider environmental elements with a number of security devices that will be alerted to the player but can be hacked to serve the player instead. Other elements like water, oil or traps can also be used to your advantage as you use electricity, fire or telekinesis to use them for your own plans.

Obtaining these powers over the elements is linked closely with the ADAM mutating serum that grants plasmid powers that each have multiple upgrade levels and specific acquisition location. Weapons are still likely to be your main weapon in BioShock though with a familiar array of weapons that have their own sets of ammunition types with their own effects. Like your plasmids BioShock allows some customisation of your weapons that allow you to increase the damage and magazine size of your pistol, reduce the recoil of your machine gun or the fire rate of your shotgun amongst other weapons. 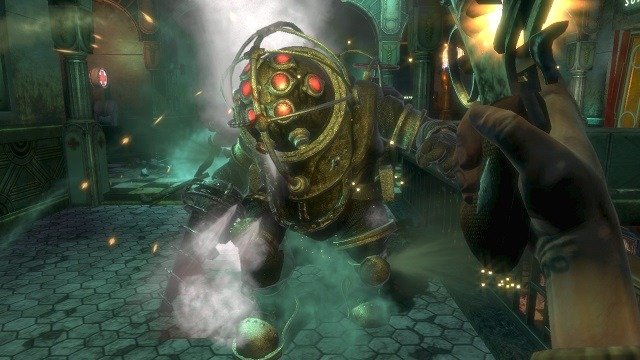 One weapon that stands out from the others though and does no damage is the research camera that is found during your adventure and allows you to research your enemies to gain permanent damage boosts against that enemy type and other utility benefits. While you can take photos of enemies you’ve already defeated you’ll earn significantly higher photo grades for living enemies which creates an interesting trade off and encourages some stealth gameplay to get the perfect photo.

With BioShock walking the fine line between FPS and RPG both fans of the genre have plenty of impressive gameplay to explore. With the wide range of options in combat BioShock is a game that supports many playstyles with no two playthroughs alike when you factor in upgrades, photo research and decisions throughout the game.

This review was first published on March 23, 2014. Read our update policy to learn more.