Hailing from Korea and focused on sandbox orientated mechanics is Black Desert Online (BDO) a buy to play MMO adventure with a wealth of content for gamers to experience alongside millions of other players. Players will find all the traditional and expected MMO features across gameplay in BDO with an array of action based combat orientated quests, large scale world bosses, solo and co-operative gameplay, PvP challenges and the usual spread of professional choices. Following the success of BDO on PC a console port was released and over time a free to play mobile version (Black Desert Mobile) that is set within the same world and features similar mechanics although not at the same scale as the core game. 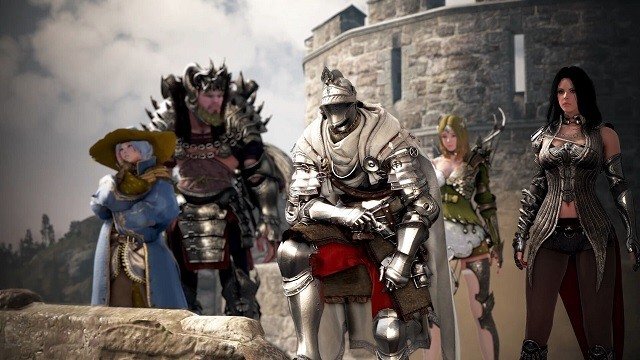 Central to the game world of Black Desert Online are the Black Stones which have corrupted the minds of the ancient civilisations and lay in the desert between the two major game factions who wage war over the resource heavy area around the stones. These two nations known as the Kingdom of Valencia and Republic of Calpheon have their bitter rivalry driven primarily by their values with one being highly spiritual while the other favours the materialistic items of the world. Alongside this difference of opinion a plague known as the Black Death decimated both sides many decades ago that further created separation between the powerful factions of the time. In the present day you’ll encounter Balenos, Serendia, Calpheon, Mediah, Valencia, Kamasylvia and Drieghan that all have their own story, lore and place in the geography of BDO.

Like most MMO adventures this story provides your foundational setting and while it is referred to in the game world, quests and other event content it’s far from your focus as you progress. What is a focus though is exploring the wealth of content and impressively crafted world that hides all sorts of opportunity to live out your second online life. This exploration and sense of adventure is particularly important with a spread out set of cities, resource gathering nodes and other vital locations the settings are all well designed and uniquely varied while also serving as player activity hubs. 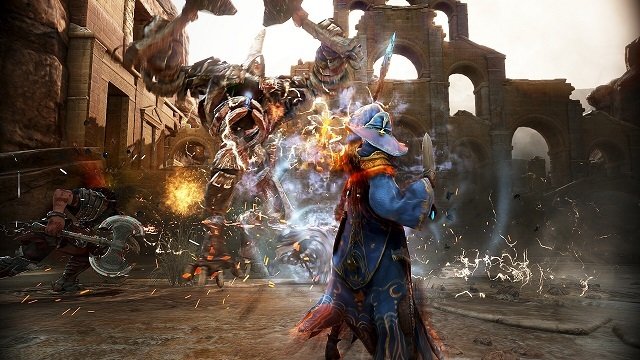 Your avatar for this journey belongs to one of the available classes which have extremely high design standards and look impressive against the world back drops especially when unleashing their various skills. The level of customisation of this character is one of the best in the genre with players able to alter the finer details of your character body, face and countless colour variations although classes are gender locked. This level of customisation is only matched by the diverse roster of classes with dozens of options that mix attack, control, defence, evasion and combo in various ways. From the familiar warrior that plays a melee role with their longsword and shield to the striker that utilises martial arts or the corsair that can change the side of their Serenaca blade and pairs it with ocean powers granted by the Mareca there is truly something for every type of player.

Each of these classes of course drive your available skills and play style in the satisfying combat mechanics. This combat is the shining star of Black Desert Online with a focus on action and fast pacing with most classes requiring reactions, combos and careful control to be successful. While combat is pivotal to acquiring the experience necessary to advance your character it is not the only skill that needs to be your focus for a well rounded character. 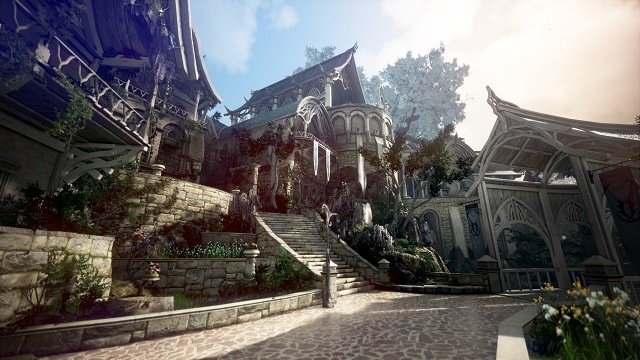 These other skills that require your attention enable you to reach your potential in the various out of combat content such as trading, crafting, fishing, housing and taming. Split between life skills that includes gathering, fishing, hunting, cooking, alchemy, processing, training, trading, farming and sailing you’ll then combine many of these with processing sub skills where you’ll shake, grind, dry, filter, heat and manufacture all sorts of products for the economy. Some of these tie in closely to hiring of workers (NPCs) which adds a unique management mini-game (of which there are many mini-games) to the standard MMO formula although can impart a large grind if you want to push it to the game limits.

Ultimately you’ll find that Black Desert Online takes some interesting directions in MMO design and nails the sandbox MMO, it is not one for the casual player though due to the sheer amount of depth and corresponding time commitment required.