Black & White 2 is a sequel to the first popular god game in the series and expands on the core gameplay with the addition of real time strategy elements to expand on the original challenge. Praised as offering something unique Black & White 2 continues to have a small dedicated fan base decades after its release with plenty of nostalgia for those that played it upon original release date. In Black & White 2 players again take on the role of a god and use their divine hand to interact with the game world rather than being directly within it themselves. Interaction mostly involves picking and placing items but also includes various miracles that require prayer power from your believers below. Just like in the original players have the option to assume an evil or good role based on the godly acts that they perform creating two distinct playthrough potential or a mixture of both.

Good gods will focus on building positive buildings, acts of kindness and defending their population from attacks while evil gods will focus on conquest, destruction and building fear inspiring places of worship. While using elements of both is possible the best results come when fully invested into good or evil due to the mechanics involved in unlocking the stronger powers although players can explore both to their full potential in separate playthroughs. 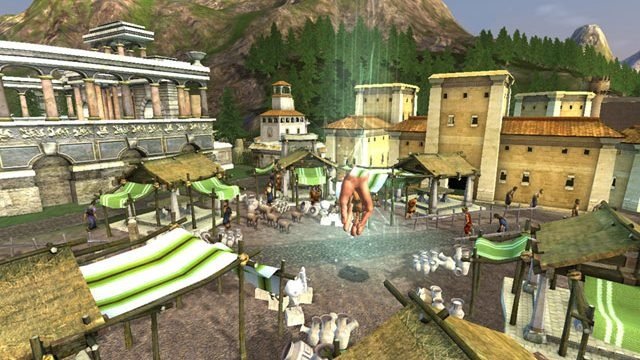 The creature system of the original also returns which lets players have some physical form inside the game world should they wish to walk among their believers on the ground. Starting creature options have been expanded to include a cow, tiger, ape, lion and wolf which all have their own strengths and weaknesses which can severely alter your overall approach to gameplay if you use them significantly. For example players may choose to have a creature support their civilisation to boost economic numbers or instead create a powerful battle unit to help in conquest which ties back to your good or evil god status.

Creatures are trained somewhat differently to the original game though with players having to purchase most abilities for their creature with Tribute rather than teaching them through repetition. While this means losing a fun and interesting mechanic of the game it is definitely a change for the best as it takes out the need to grind repetitive actions from the original to have the best animal representation you can create. This is also more important than ever with these creatures leading armies into battle in the expanded real time elements of the game with most of your victory chance coming down to your chosen animal which includes the wolf, lion, money, cow and tiger. 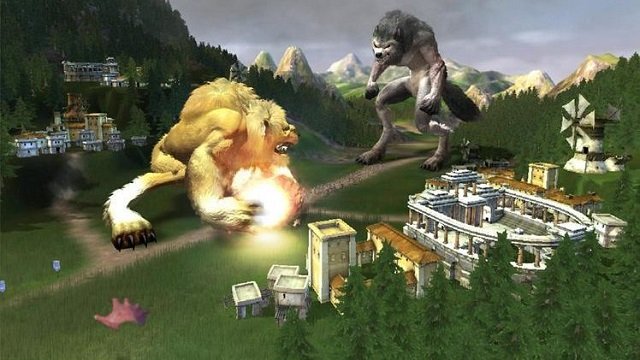 The addition of real time strategy also brings fresh life into the core gameplay experience on offer in Black & White 2 and adds vastly more strategic choice over the original management focused experience. These game elements include different civilisations (Egypt, Greek, Japanese, Aztec and Norse), resource gathering (wood and ore) and even large scale army battles that weren’t available to this extent in the original Black & White title but have become increasingly feasible due to the hardware leaps between game releases.

Ultimately Black & White 2 is just as impressive as the original and different enough that it won’t feel like a repeat to fans looking to expand their god adventures with new tribes and locations. In addition to more mechanics and strategy the sequel has seen the retirement of the more difficult and tedious game mechanics to welcome newcomers to the series as well.