Black & White is a god game developed by Lionhead Studios and released back in 2001. The game also has elements from other genres though making it a very unique experience. An expansion pack and sequel were released after its success. 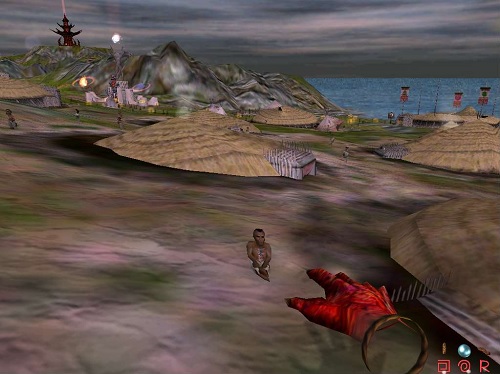 In Black & White players take control of a number of villagers which are split between separate islands. Each of these islands comes with their own unique challenges for players to overcome and form the basis of the storyline. This plot has players advancing the game through a number of main and side quests as they help other gods against the evil god Nemesis.

Gameplay in Black & White offers plenty of variety with players overseeing their island populations with their godly hand. This hand has the ability to interact with the game world to perform various tasks from moving objects to casting miracles.

Players will spend most of the game attempting to gain control of individual villagers across the islands which is accomplished by impressing the villagers enough to believe in the players existence as a god. This can be good or bad impressions though with players able to take the role of a good or an evil god depending on the actions that they choose. 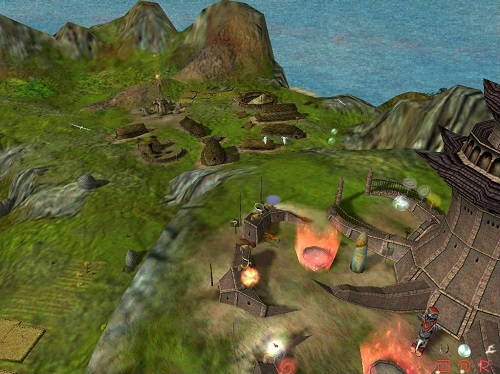 On top of impressing the villagers players also have access to their own creature which can learn tasks from the player. There are several animals to choose from and they each have their own strengths, the ape for example is an extremely quick learner. Players teach their creature as they would a pet in real life by reinforcing good behaviour and scolding behaviour that is undesirable.

The unique vibe of Black & White and its many game aspects has made it a very successful game and one that should be on everyone’s must play list.

Games Finder is a Steam Curator and featured in the aggregate review scores data of MobyGames and Neoseeker.
FEATURED ON
Games Like Banished, Games Like Dungeon Keeper, Games Like Evil Genius, Games Like Spore
LEAVE A REPLY Cancel Reply