Blade of Darkness is a brutal role playing game that features close quarters hack and slash combat. The game launched in 2001 only on Windows. 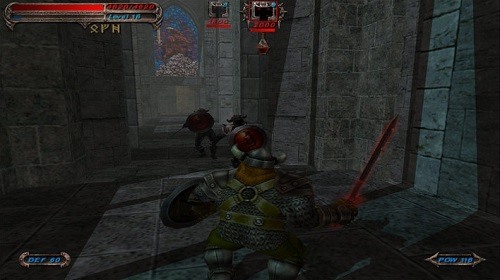 Players will explore a number of realistic environments that have similarities to locations throughout Europe and Africa. This game world is dominated by the powers of sword and magic with four playable classes available to the player. Unlike most games the differences between these characters extends beyond visual and skills with each character starting in a different area of the game world.

Story wise the game takes place in a world that has a history of war between the forces and good and the demonic powers of evil. This fighting stems all the way back to the original creation of the world but a period of peace that was finally achieved has come to an end. It’s time for the heroes of good to stand up against the demonic forces once more and put them to rest forever.

In order to achieve this, players will have to obtain Ianna’s Sword (a powerful ancient sword), deal with a dark necromancer and eventually head into the Abyss for the ultimate showdown with evil after empowering the sword with six magical runes. Depending on which character you choose to play this adventure you’ll start at a different location in the game world although all the paths eventually come together. 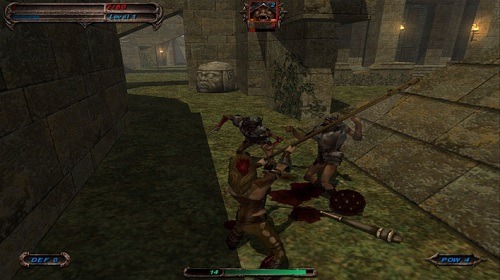 Advancement is fairly typical of a role playing game with your character gaining new skills and abilities as you earn experience and level up. These talents then combine to create stronger and more powerful combos that require certain combinations of buttons to be pulled off successfully.

With an editor also tied to the game players will even be able to play community created levels once they’ve battled through the core campaign if you want to extend your Blade of Darkness adventure.