The popular Korean MMO of Blade & Soul is finally available to the rest of the world with a 2016 release 4 years after it was initially developed for the Korean MMO market. Focusing on action combat, deep customisation, a beautiful game world and immersive story telling Blade & Soul has all the mechanics of a modern MMO. 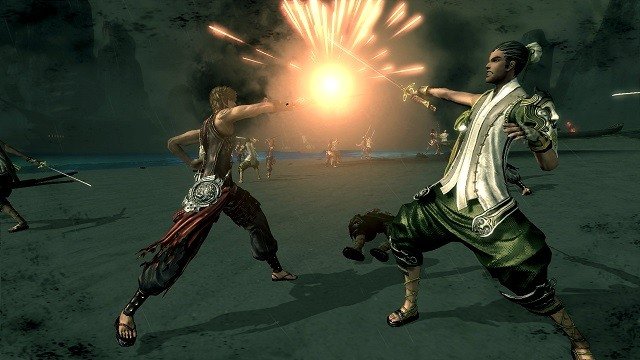 Orientated around martial arts the Asian origins of Blade and & Souls are fairly evident from the moment you load up to the game to your final battle across combat and general world building. Players can still opt for a number of bladed weapons or magical powers though which change based on your selected class from the diverse roster. Said class can be restricted by choice of race although most classes are available to two or three of the games races all of which can be customised heavily in both appearance, gender and character model.

For races Blade & Soul has four options with their own lore and philosophies from the Gon who are said to be born from the breath of a dragon and wield immense physical strength, the Lyn that descend from animals and have a unpredictable nature, the female only race of the Yun who are masters of balance and the wandering Jin that are flexible fighters. 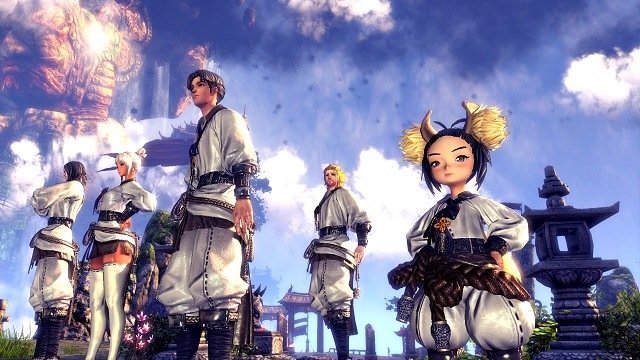 Alongside the race options Blade & Soul does a particularly good job at making classes feel and play differently and in practice you’ll likely be choosing your class before race given the limited availability to certain races. Blade & Soul also uses this diverse class system to create a difficult scale with some options easier to play or providing more of a hands on challenge for players that want to accept it.

These 14 classes include options like the assassin, blade master, summoner, warlock, gunslinger, warden, zen archer and dual blade that have their own corresponding abilities and combat combos. Using the assassin as an example you’ll find them limited to the Jin race only and specialising in solo damage over time abilities that allow them to inflect a range of status effects on their foes. Regardless of the choice you make you’ll find fluid combat that is centred around dealing deadly combos to enemies. From charging in for a quick attack and knocking them on the ground for extra damage to throwing a trap or casting a spell everything needs to be carefully considered and looks stunning to match. 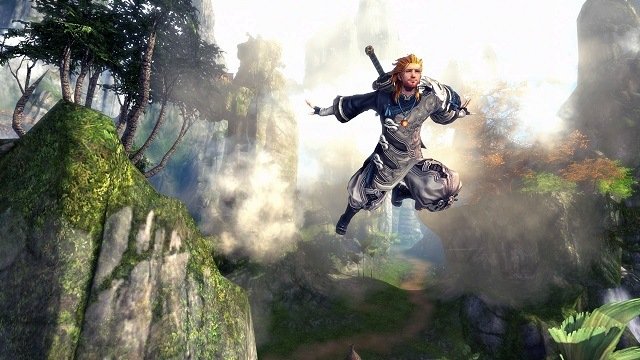 These strong visuals are further brought to life through cut scenes that add an extra layer to the quests you embark on and not commonly seen in the MMO market. The underlying story itself is fairly typical with players finding themselves dazed after being thrown into the ocean from an attack and experiencing flashbacks of the life they once had. In search of memories and truth you’ll have the encouragement you need to explore the various cities, take on quests for NPCs and ultimately grow your power by gaining experience, currency and items.

In between these story pieces you’ll have the usual array of fetch quests and dungeon crawling side activities which is probably the weakest game element of Blade & Soul simply because it feels like it was designed in 2012 and it was as this was the Korean launch date. Overall Blade & Soul is still within the top half of MMO offerings, particularly when it comes to one with action combat although the delayed release to the rest of the world has definitely cost it some time at the top of genre.