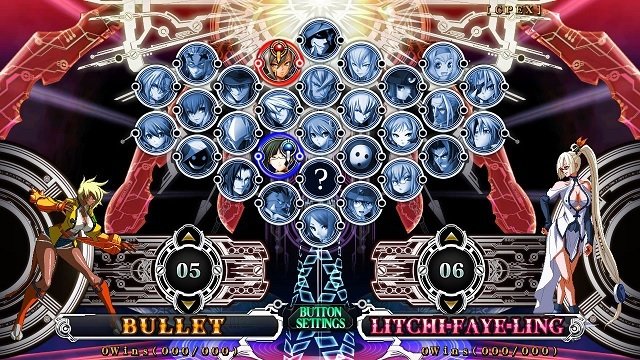 While there is a wealth of in the story mode of BlazBlue: Chrono Phantasma to experience with around 20 hours available this can quickly be dwarfed by the time you spend in the multiplayer environment honing your skills and earning hard fought victories against other players. With 20 hours of PvE story sequences and associated fights available though BlazBlue: Chrono Phantasma is one of the better fighting titles on the market in terms of content outside of the multiplayer realm. Like other fighting games that do opt to invest in providing story content the story is an insane mashup that takes some time to comprehend as the reasons that have brought these random fighters into the story are diverse.

Otherwise in BlazBlue: Chrono Phantasma you’ve got the usual balancing enhancements to returning playable characters. When you factor in all DLC content you’ve got a total of 28 characters with 19 of these having been seen before in the previous game of the franchise. Whether it’s an entirely new character though or one of these returning characters you’ll find fresh new designs across the board for their hand drawn character sprites along with some fresh musical themes and deadly combo skillsets. 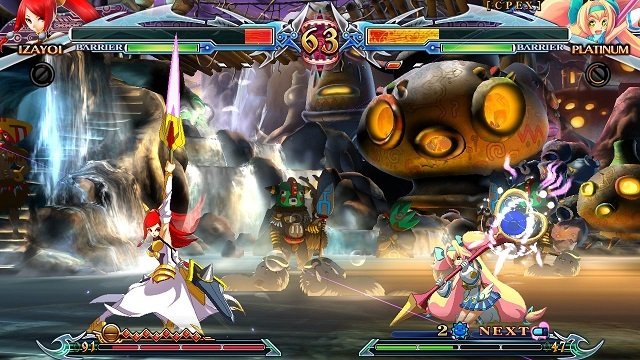 New characters in BlazBlue: Chrono Phantasma are also reasonably well designed to stay true to the foundations previously established by the franchise and prevent power creep while bringing complex and intriguing options to the roster. Just like your familiar favourites in the returning cast these new faces have their own beautiful animations that makes each deadly attack, block or dodge look crisp and fluid.

In terms of mechanics a new Overdrive system replaces the Gold Bursts of previous games while Guard Primers have been taken out completely. Overdrive allows you to quickly switch the advantage to yourself with a large boost to damage and altering your base moveset although needs to be used with careful timing. Guard Crush has also been replaced with Crush Trigger which at the cost of Heat players can crush the guard of defensive opponents and ensures stalling is not an ideal long term tactic. 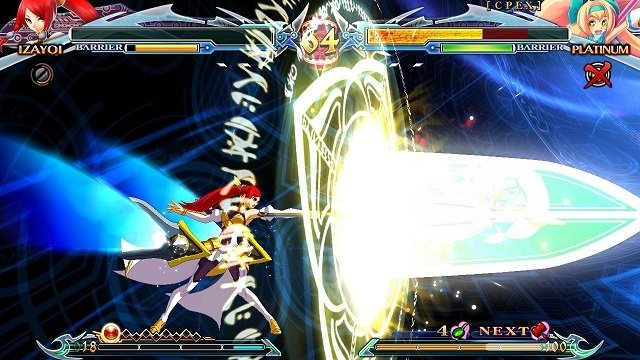 Once combined with all the offensive options you’ll find most opponents take the aggressive path with moves like the air dash, high jump, double jump and many others to master and include in your available combat arsenal. New players need not be turned off by this wealth of options though with one of the best tutorials available in any fighting game to date that will happily hold your hand through the basic and intermediate mechanics that is sufficient to give you a foundation for the story and you’re first explorations of multiplayer content.