Blek will test your brain with a unique gameplay premise that involves drawing lines, dodging obstacles and collecting coloured circles on either your iOS or Wii U hardware. Designed as a blend of relaxing and puzzling by a development team of two brothers Blek was released in 2013 with small tweaks to the game with additional levels and content several years following release for the iOS version. 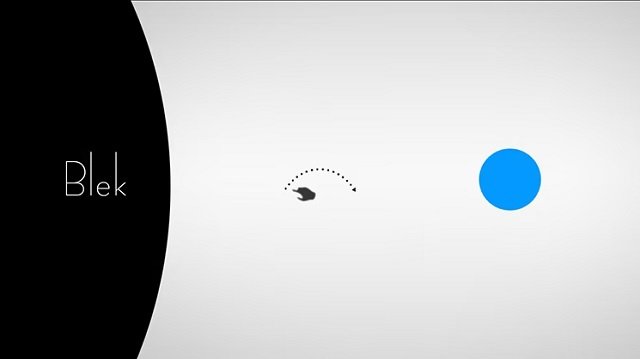 Blek is as minimalist as it gets with players advancing across 80 levels of Blek goodness (60 on Wii U) which slowly increase in difficulty while maintaining a sense of relaxation. Each of these game levels challenges players with a game screen filled with various dots of different colours with some coloured and others a dark black. Across all of the game levels your objective is the same, to collect all the coloured ones without making contact with any of the the darker circles in the level arrangement.

Many of these levels offer ample space around the border to ensure the paths you take are nearly endlessly and your approach to beating a level is likely to be different from other players. The open ended puzzle design also ensures that there are often numerous solutions to each puzzle allowing people to come up with totally different answers to the same level. This design also counters issues with other puzzle games where a particular strategy or mechanic can be mastered and repeated. 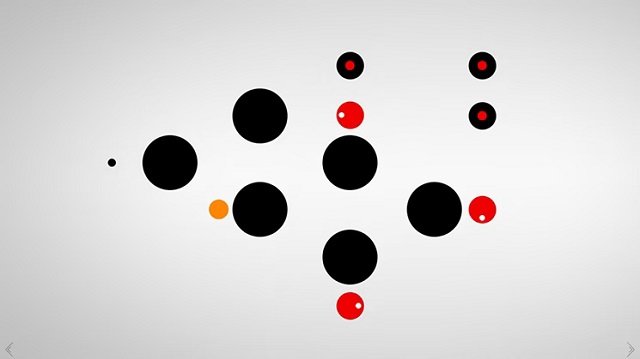 While simple these mechanics evolve over the levels on offer to include things such as black wormholes that will suck in your moving line and move it to another place on the level and circle shooters which must be activated with precision timing to collect one of the coloured circles close by. It’s small tweaks to the core mechanics like this throughout Blek game levels that keep you interested and give you a sense of progression.

In order to achieve this in practice players must draw a line with their finger which will then repeat that pattern exactly as it was drawn. This of course requires plenty of experimentation as players will need to design a shape that when repeated will successfully navigate the level at hand. Like most puzzle games Blek has its frustrating moments frustrating but the solution is often only a small game break away. For iOS users a 2017 update to the game did add the skip level option which allows you to return later with a broader game knowledge. 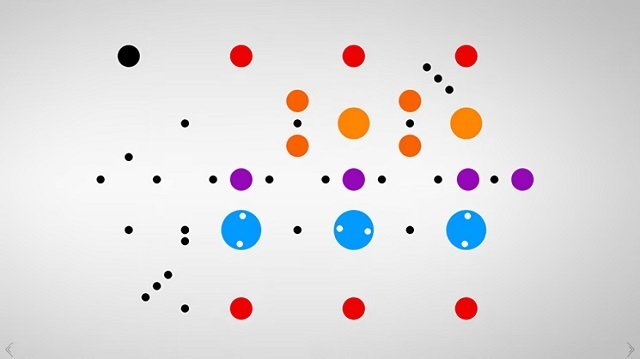 iOS users have also been spoilt over the years receiving an additional 20 levels for free, the ability to draw in a free drawing area and other minor tweaks not added to the Wii U version (not that it severely suffers without these). Regardless of platform the impressive minimalist puzzle design of Blek and it’s perfectly suited sound design is addicting as you draw out level solutions with your fingertips.