Available for both mobile devices and Windows Blitz Brigade is a simple team based shooter that supports up to 6v6 battles. If you enjoy the team based battles and classes of Team Fortress 2 and want something similar for mobile Blitz Brigade will tick that box. 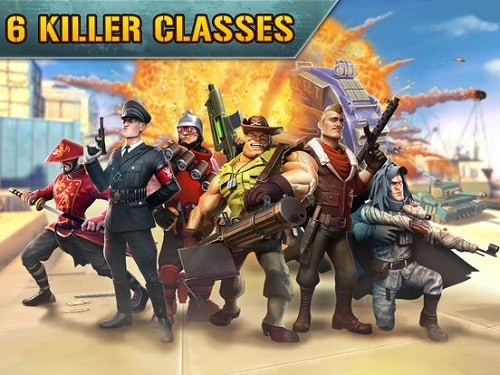 Featuring 6 classes and a multitude of armory options Blitz Brigade is big on choice for a game designed for the mobile environment. Blitz Brigade allows players to test their skills in the single player challenges before stepping into the multiplayer arena where game modes such as capture the flag, domination and team death match can be played.

Regardless of your preferred game mode you’ll earn both experience and coins which unlock extra classes or can be used on gear to customise your fighter further. Said classes include the Soldier, Gunner, Medic, Sniper, Stealth and Demolisher which come with different stats, run speeds and playstyles in addition to skills. 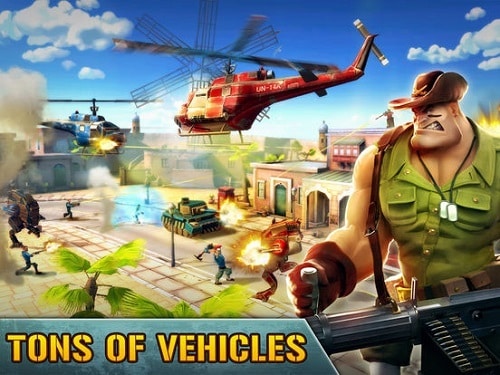 Further customisation through coins comes in the form of taunts, hats and character quotes along with over 100 weapon options allowing you to find something that suits your playstyle, character and the present game situation. If the large array of weapons doesn’t take your fancy you’ll be able to step into a number of vehicles instead.

With all the core features of a great shooter and a steady progression curve to keep you entering matches you’ll get plenty of content hours from Blitz Brigade. While its definitely lacking in polish when compared directly against other Windows shooters its on the mobile scene where it shines.

Games Finder is a Steam Curator and featured in the aggregate review scores data of MobyGames and Neoseeker.
FEATURED ON
Games Like Mini Militia, Games Like Pixel Gun 3D, Games Like Team Fortress 2
LEAVE A REPLY Cancel Reply