The free to play Block Craft 3D has amassed over a hundred million installs the Android and iOS App stores on the back of Minecraft popularity which makes it one of the most populated alternatives in the mobile sandbox creative genre. Emphasising the creative side of the genre Block Craft 3D lacks a survival game mode which means there are no enemies to combat or adventures to be had. Instead your time with Block Craft 3D will focus on bringing your own imagined designs to life, sharing them with other players or leveraging the large number of blueprints as a base. 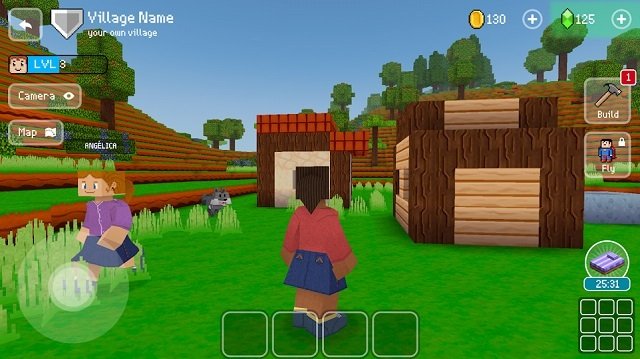 After a brief tutorial on making a well and basic hut players can begin expanding their town as they see fit which serves as your own little customised hub of building activity with the available blocks. The core of the game is the blueprint plans system which lets you place a template from the large list which provides guidance to which blocks should be placed where should you wish to mimic the structure design. With this template in place you’ll use first person view to complete the structure block by block.

The building process itself when using these templates is extremely simplified with players simply tapping their finger on the transparent blocks to complete the building template placed. Alternatively the premium currency of gems can be used to finish buildings instantly although with the ability to place blocks with a single touch and fly around the map as needed this is generally not needed with any earned premium currency from gameplay better spent on other avenues. 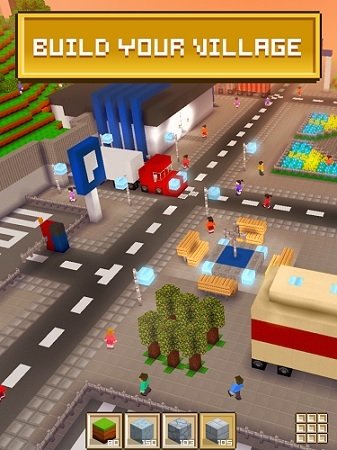 With the game predominately about the building templates and how you choose to mix and match them having high quality and interesting templates is of course vital and thankfully Block Craft 3D does have some impressively designed buildings to make a glorious city. In addition to templates though players can also obtain rare blocks to decorate the interior and exterior to make your city truly your own and separate your selections from the standard template. A further level of customisation is offered through the pet mechanic that allows players to adopt cute pets from cat to elephants to live inside their blocky town.

For those that lack creativity or are just short on ideas on where to start players can browse the creations of other users with trending villages allowing players to show off and vote on village designs within the community. To encourage this further it is all backed with a level and currency system which underpins the basis of progression as well. 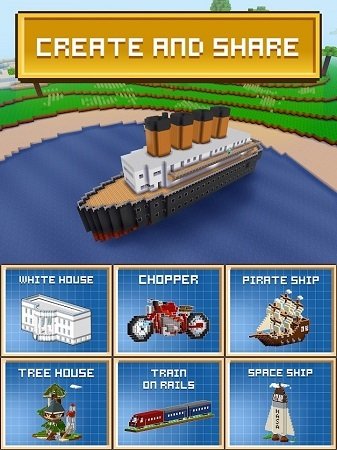 If the design and building elements of Minecraft or similar games appealed to you in the past Block Craft 3D is a great way to see what other designers are doing while creating your own thriving village from a template base.