Ever thought Minecraft would be cool if you could build your house and then have waves of enemies attempt to breach it? Well now you can live out that dream in Block Fortress the game that combines sandbox, FPS and tower defence gameplay. 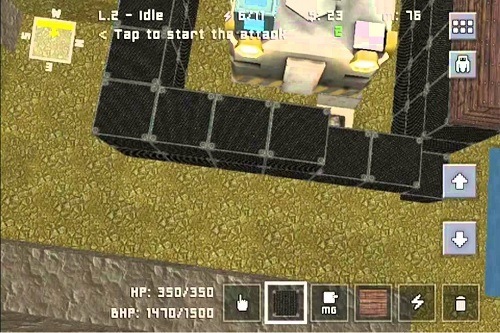 Block Fortress is the creation of Foursaken Media who have had great success developing games for the iOS platform with several other hit games. If you are on the fence about Block Fortress, there is a lite version available that gives you limited access to the game.

The game takes lots of inspiration from the now popular block building genre but adds its own little twist to gameplay by making the game tower defence orientated while also mixing in some FPS elements. In Block Fortress you’ll use over 30 different block types and 16 different weapons to create the ultimate fortress. You also have access to things like teleporters, land mines, spotlights and power generators opening up a range of strategy options.

Once you’ve designed the ultimate safe haven you will have waves of enemies (known as Goblocks) unleashed upon you as you run around ensuring nothing gets through your lines.

In order to succeed in Block Fortress you will have to use cunning strategy in the building phase and also rely on your first person shooter skills as the Goblock waves intensify. This definitely isn’t a tower defence game where you can just sit back and build. 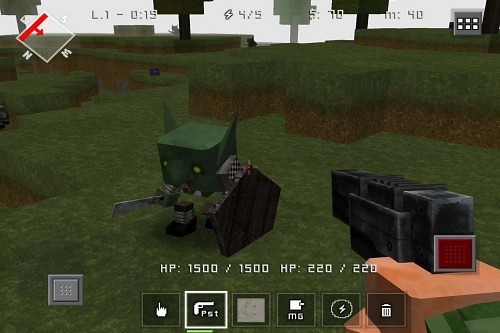 Block Fortress also includes day/night cycles and half a dozen terrain types to battle across to keep things fresh. Combined with the large selection of guns and equipment to use there are thousands of strategies that you can use. If you get bored playing alone you can even play co-operatively with up to 4 players (which is a total blast).

Everything about the game is top notch and the small price tag seals what was already a fabulous deal.