Bloodborne is a new breed of action RPG for the PlayStation 4 exclusively that follows the adventures of the Hunter in a dark gothic setting you’ll be treated to brutal combat, intriguing story and hidden treasures. Set within the city of Yharnam this Victorian themed city is under threat from a bloodborne plague and equally mysterious evil beasts that leave none safe.

With the dark city having advanced medicine science rapidly through the use of blood the appearance of a blood based disease is not entirely unexpected. This level of blood understanding has also made Yharnam a hotspot for travellers seeking cures for their various afflictions and it’s this potential promise of a cure that has led the player to the doorstep of the city. While you originally travelled to learn more about the mysterious Paleblood before you can uncover the details you seek the city quickly descends into chaos after it is discovered that the city has been plagued with an illness that has turned citizens into bestial creatures. 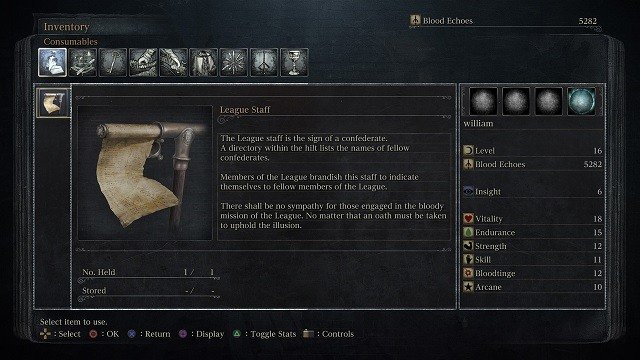 Thankfully players are not alone in your struggle as upon your arrival players team up with Gehrman, an elderly wheelchair bound gentleman who guides the players through hunting the various monsters plaguing Yharnam. Through his guidance the player discovers more of the dark secrets of the town and upgrades their arsenal of weapons and abilities to become more potent themselves.

Exploring and fighting from a third person view players will engage in melee orientated combat against a wide range of beastly enemies and boss monsters that all attempt to ripe the character to shreds in increasingly brutal ways which require the player to be nimble and strategic. Gameplay of Bloodborne has many of the elements you would expect from a third person action game with a combat system that emphases the players ability to dodge incoming attacks and counter with their own. On the role playing side of the game there is a huge amount of items and NPC interactions to flesh out the storyline and provide that solid progression curve. 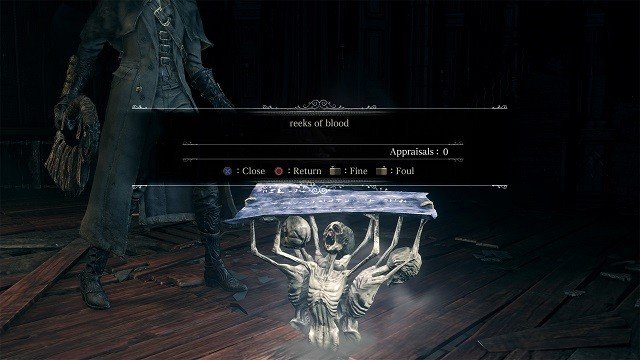 At the heart of this in Bloodborne is the stat system with players earning a single point for each level they gain that can be spent on Strength to boost heavy physical attacks, Skill for trick based weapon damage, Bloodtinge for ranged weapons that deal blood damage, Arcane which impacts your ability to equip items, Vitality for hit points or Endurance for resistances and stamina. With each of these having varied optimal levels, soft and hard caps that build diversity and required game understanding to pull off a highly effective build is a key part of the Bloodborne challenge.

Alongside these core stats players also need to balance their Blood Echoes main currency from defeating enemies which follows a Dark Souls formula and are dropped upon death for you to recover. Bloodborne also features a minor currency called Insight rewards exploration and task completion and has a number of interesting mechanics attached to it that impact overall difficulty. 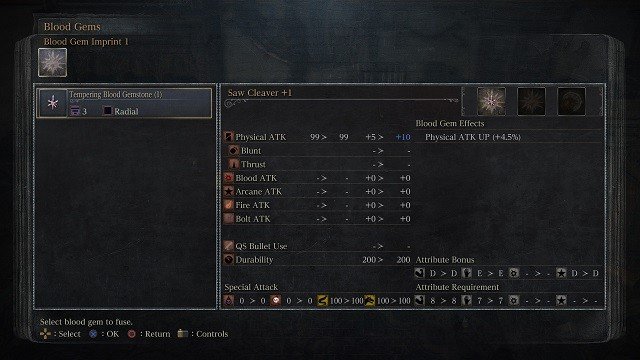 In addition to your growing power through stats equipment provides a second powerful avenue with multiple weapon types, armour slots and consumable items to acquire and trade throughout the story. With their vast range of statistics in their own right hunting for the correct items that support your preferred playstyle is a constant journey alongside the story campaign.