Can you run an efficient settlement by taking goods from raw material to complex items to sell for an eventual profit? That’s the test that Blueprint Tycoon will put players through with its slimmed down graphic style that has you creating pathways for your workers to follow from your various buildings with their own role in your profitable empire. 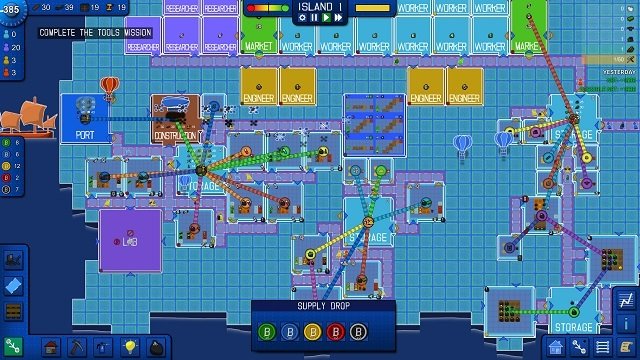 Each Blueprint Tycoon game starts on its own island island which limits players space to the blueprint inspired aesthetic island area to begin with before expanding across the seas to other islands through sea and air. Guiding players you’ll have some basic tasks in the top left of your screen that provide basic suggestions to building your eventual profit producing machine.

Blueprint Tycoon encourages careful planning with unplanned expansion quickly leading to significant loss and potentially game ending results. The staple of your island infrastructure though is the flexible worker who require their own houses attached to a marketplace to keep them well feed and paid. Your job goes beyond simply building these structures though with players also required to set a route for their workers to follow from the market to the worker houses which once set will continue to perform the task automatically. 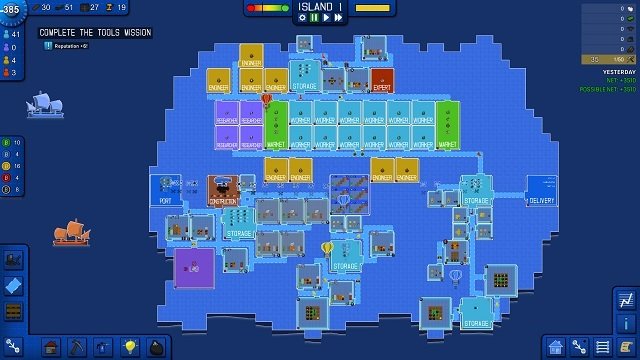 It’s this basic gameplay loop that serves as the foundation for the game with complexity being added from this point on with additional buildings and resources which will require you to expand outwards while considering how efficient your process and pathways are. To make this process easier players can create their own larger blueprint designs which allow easy placement in future levels of previously designed setups. With buildings quickly expanding to include construction, delivery, storage, roads and disposal options.

In time you’ll expand across the seas to colonise new products, research new produces entirely to open up new markets and ultimately generate as much income as possible. Your primary source of income in Blueprint Tycoon to ensure you can continue to expand is the fulfilling of contracts which will demand resources in raw form (such as stone) or some of the complex crafted items. Fulfilling these more complex contracts are your ultimate goal and require significant management to ensure they are delivered in a profitable manner as you take basic goods like wood, vegetables and sand and convert them into higher paying options. 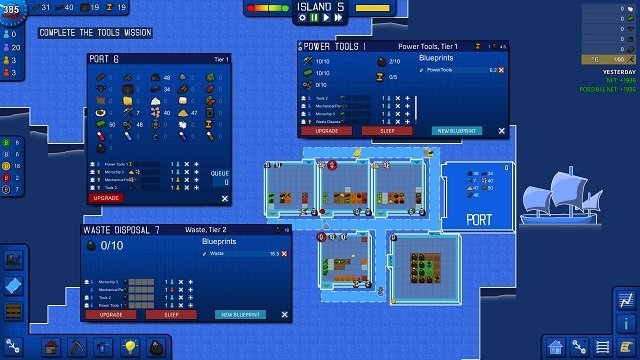 Ultimately, Blueprint Tycoon delivers an impressive amount of content for the price and gives you a great sense of accomplishment as you optimise every single aspect of your supply chain and watch the efficiency unfold before your eyes.

Games Finder is a Steam Curator and featured in the aggregate review scores data of MobyGames and Neoseeker.
FEATURED ON
Games Like Factorio, Games Like Prison Architect
LEAVE A REPLY Cancel Reply