Borderlands 2 is a first person shooter that incorporates action role playing elements and loot drops into its gameplay. The game was developed by Gearbox Software and released in 2012 for multiple platforms. 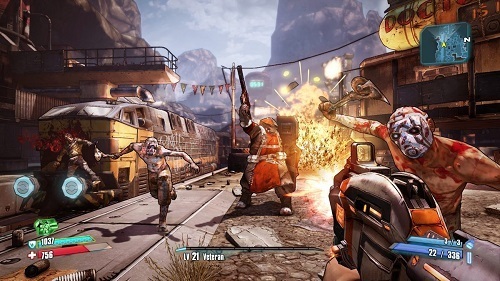 Since its original release Borderlands 2 has had several downloadable content releases that add to the core gameplay experience, you’ll get all of these if you purchase a Game of the Year Edition.

Borderlands 2 is packed full of features and has been praised by critics and fans of the first Borderlands game. The most notable game features include the random loot system, online co-op, character skill trees and large number of side quests.

For players that have experienced the original Borderlands you will get mostly the same gameplay with the sequel. Players can select one of four different characters at the start of the game that each have their own preferred weapon category, unique active skill and skill trees. From here players follow the main quest while also completing countless side quests from other NPCs or the bounty boards.

As you advance through the game you’ll gain experience points for your character to be spent on improving characters skills. There is plenty of class customisation available through the skill tree system which means you and a friend might be playing the same class but use their strengths and skills in a completely different way. It also encourages you to replay the game as a different class.

The strongest and most attractive feature to the Borderlands series though is the randomised loot system which has been enhanced since the original game. In Borderlands 2 players will receive weapons and accessories with random stats from enemies, quests or through the various stores. 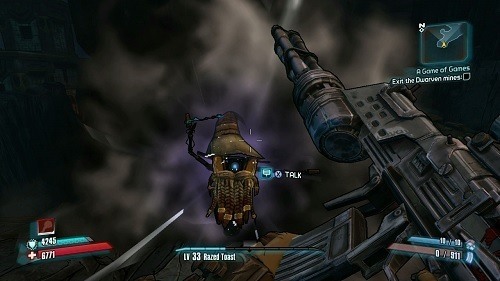 This gives Borderlands 2 a Diablo feel to the game as you’ll not only be looking to complete the main quest but also find that perfect weapon for your character.

Everything about Borderlands 2 is simply a joy to experience and is definitely not short on content or features. It’s a must grab for fans or newcomers to the series (although newcomers might want to brush up on the story beforehand).