Borderlands expands the series with Borderlands: The Pre-Sequel! a game which explores the origins of the Borderlands universe and thus features plenty of familiar faces and mechanics. At the same time though Borderlands: The Pre-Sequel! introduces plenty of new challenges and content for fans of the franchise so far to adventure through. Like it’s past additions you’ll be able to enjoy this adventure on all major platforms and across two console generations. 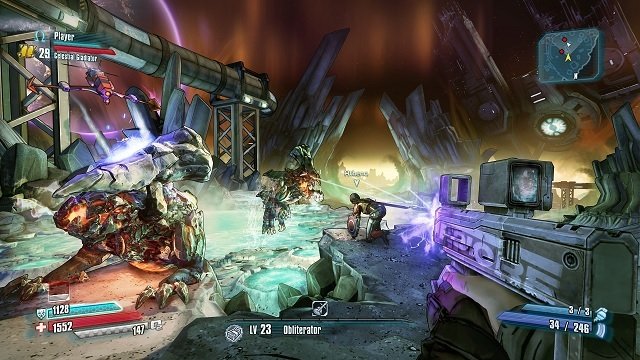 Set in between the events of the first and second game Borderlands: The Pre-Sequel! offers the opportunity to explore the moon Elpis which is set above Pandora which while referenced to this point in the story has predominately been left untouched in a material way. In addition to learning about the state of Elpis you will uncover some unknown truths about Jack, the antagonist in Borderlands 2. With 4 new and very unique characters to take control of mixed in with a range of new mechanics this latest Borderlands addition adds a lot to the popular formula of the original games.

Classes include Athena a shield based character, Willhelm who uses drones to assist him in battle, Nisha who can crack down her mighty lightning whip on enemies and Claptrap a mixed bag of positive and negative boosts that can either help or hinder a team. They fill familiar archetypes of the Borderlands universe to ensure there is something for all players although the characters lack the personality of past Borderlands iterations. That is of course except for Claptrap who goes beyond series meme for the first time as a player character. 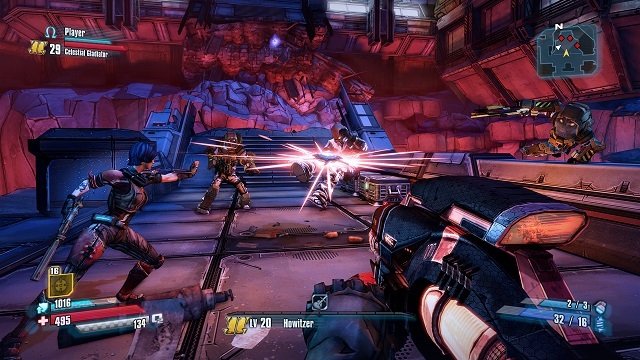 New mechanics include low gravity environments, oxygen tanks, new special attacks such as the grand slam manoeuvre, new vehicles and a host of new randomised weaponry. From laser weapons to freeze attacks and rail guns the new assortment of weapons in The Pre-Sequel! keep the combat of the series fresh and gives you the opportunity to beat down enemies in new crazy ways. These freezing abilities come through the new Cryo element which combines with the traditional Incendiary, Shock, Explosive and Corrosive elements that weapons can spawn with.

Enemies have also had a complete makeover with a crazy array of new enemies to give you headaches on the battlefield, from medics that will heal team mates to new native creatures that split into two when killed you’ll have your hands full of variation on the combat front. 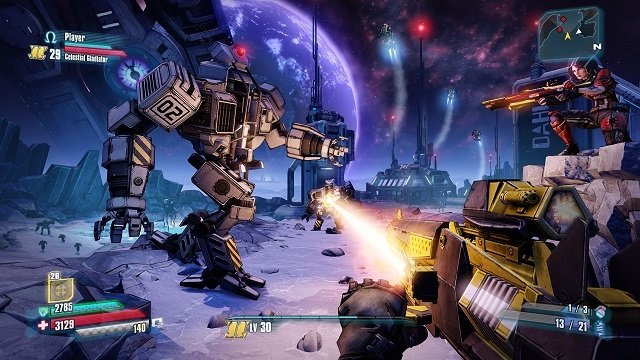 The core gameplay formula of Borderlands hasn’t changed much though with players able to explore semi-open areas to complete side quests, main quests and tackle bosses. You’ll still find your favourite vending machines scattered around the game world in addition to a new Grinder that will take your unwanted weapons and turn them into something new encouraging players to still pick up loot even if they don’t need the cash with the hopes of re-rolling it into something epic or legendary rank.

Borderlands: The Pre-Sequel! is a must add to any Borderlands fan game library although the sometimes mundane quest lines and lack of personality on most of the characters keep it from being a more than once experience.

This review was first published on October 18, 2014. Read our update policy to learn more.