From the same studio that brought you Machinarium comes Botanicula, a similar point-and-click game that boasts intricate and captivating graphics along with a calming background soundtrack. Originally a computer based adventure Botanicula was paired with an iOS and Android release a few years after its original development. 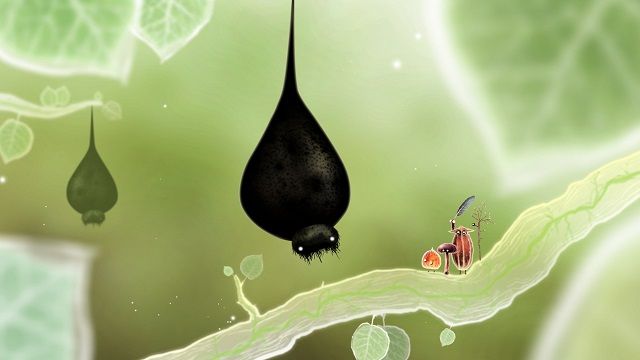 The story of Botanicula is centred on five adorable “tree creatures” that resemble a big walnut, an onion, a lanky mushroom, a twig and a hovering feather who are aiming to save their tree from evil invading parasites by protecting the last known seed. Creatively named Mr. Lantern, Mr Poppyhead, Mr. Mushroom, Mr. Twig and Mr. Feather players will control not one but all of these would be heroes as you transport the seed through the story.

Bringing their own creative abilities to the puzzle adventure ahead players will need to utilise all of their skills which includes the ability to create copies of themselves, spurt flowers and fly that are central to the challenging puzzles ahead. As you explore the world of Botanicula you will also  encounter other eccentric characters that you have to help in order to advance and aren’t a playable option. Like Machinarium Botanicula features no dialogue or words and instead relies solely on illustrations to give players the necessary game feedback and guidance they need that further builds on the unique experience at hand. 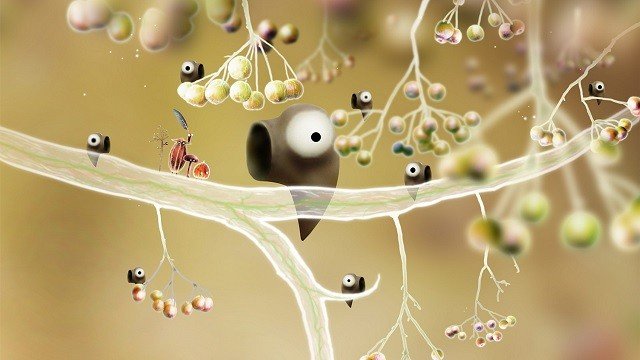 In addition to this players will find the world of Botanicula a quirky place in a number of others ways as you solve the requests from the NPCs you encounter. This includes meeting a lopsided shaman with a seashell hat who wants nothing more than a seed in exchange for his egg which another NPC is requesting. To locate the seed for shaman though you’ll need to appease yet another creature who wants a red plant. This story chain goes on in Botanicula with every little whim of these characters having to be tended to in order to complete the entire game.

Botanicula isn’t just about finding objects in its point and click game world though to accomplish your goal it also has an emphasis on exploration and taking in the game world around you. While not every map has something you need to attain to advance every map has something interactive that you can play with, listen to, or just watch and laugh such as a surprising little puppet show. 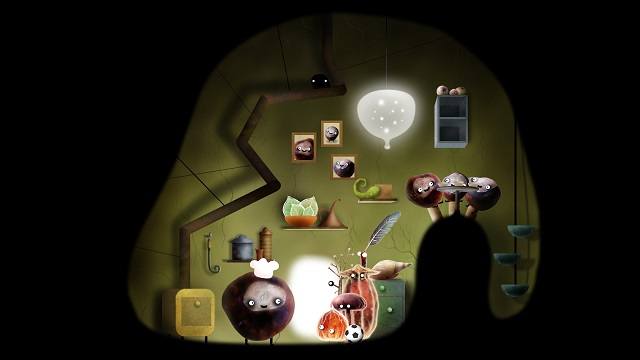 Botanicula isn’t a perfect adventure though and like most puzzle games can get frustrating when you fail to solve a puzzle repeatedly or you end up getting lost in the huge map and simply go around in endless circles. If you’ve played Machinarium this will probably less of an issue but newcomers to the works of Amanita Design might struggle through some points given their unique approach to puzzle titles and lack of written word.

Games Finder is a Steam Curator and featured in the aggregate review scores data of MobyGames and Neoseeker.
FEATURED ON
Games Like Journey, Games Like Machinarium, Games Like Monument Valley
LEAVE A REPLY Cancel Reply