Play as a hero overcome with a demonic influence in Bound by Flame, a fantasy role playing game. Choose if you’ll succumb to these powers or reject it inside, a decision that alters both story and your abilities. 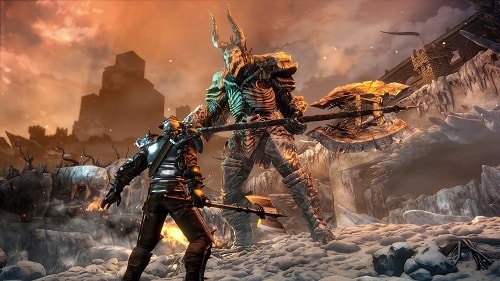 This interesting choice in Bound by Flame plays you as the victim of demonic influence. The game does a wonderful job of pushing you towards evil as increasingly touch enemies will tempt you towards the dark powers. Story wise the game covers your assault on the palace of the ice lord, Lord Blackfrost which finishes with one of three possible endings.

This story unfolds through a number of quests which will introduce you to different environments and characters (some of which can join you). There are a number of side quests available as well although this is considerably lower than similar games.

Early character customisation is limited to gender and some pre made models but there is a reasonable depth to post-creation customisation. This is mostly achieved through combat style and equipment choices which offer reasonable diversity. One unique feature is the way your character will change visually as you move towards the demonic or heroic story lines.

Fighting styles at the heart of this combat which mixes weapon types, physical attacks and strength of strikes. Styles also align with a unique skill tree and abilities encouraging you to specialise in 1 or 2 of the available paths. 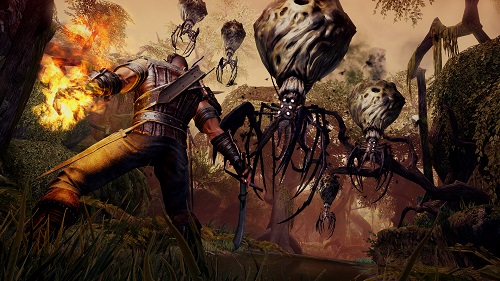 Combat is unfortunately the weakest part of the game though with a lack of blocking and effective dodging techniques that can lead to multiple attackers locking the player down with certain death. While this might appeal to those seeking difficulty it often just doesn’t feel fair to be fighting off opponents with a shield as they block your attacks and you cannot do the same.

Bound by Flame is a reasonable fantasy role playing game but unfortunately the weak combat and story that keeps things bare bones will make this last on your last of options.

Games Finder is a Steam Curator and featured in the aggregate review scores data of MobyGames and Neoseeker.
FEATURED ON
Games Like Bloodborne, Games Like Dark Souls, Games Like Dragon's Dogma, Games Like The Witcher
LEAVE A REPLY Cancel Reply