Bounty Hunter: Black Dawn brings the Borderlands style of gameplay to your Android devices with a simple but effective loot shooter. Making it one of the few such adventures to be available on a mobile device the game packs an enjoyable amount of depth for a smart phone game, ensuring an adventure in the dozens of hours as you scavenge for that perfect item drop. 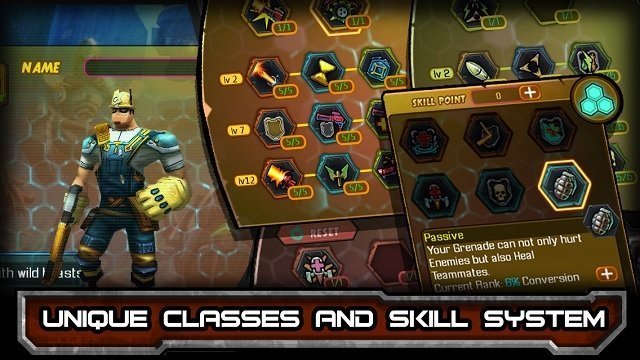 Starting your Bounty Hunter: Black Dawn adventure players will select one of the four game classes which each hold their own skills and strengths. These class options include the engineer, soldier, prayer and sniper who follow traditional shooter and MMO archetypes.

The engineer for example is the master of construction with the ability to summon a useful turret to assist in combat while the soldier acts as the master of gun fights and is a durable character in his own right while being close to the action. For those players that would rather fight from afar the sniper can offer deadly accuracy and critical damage. Lastly the supportive prayer class who acts as a healer and buffer to allies and Is intended for party play and struggles to fight on their own. 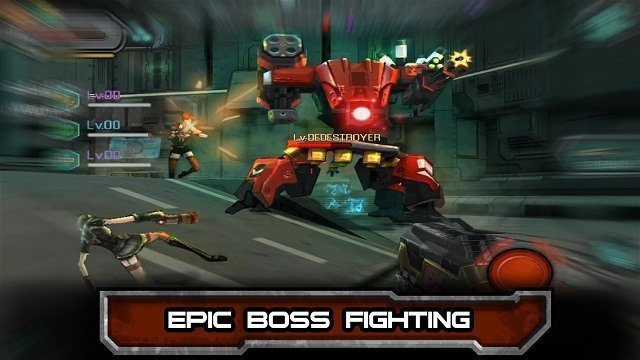 Supporting this choice of class is a typical experience and skill based system which allows players to further design and specialise within their class skill tree. While it doesn’t capture the heights of triple A RPG titles Bounty Hunter: Black Dawn holds its own in comparison to other mobile offerings.

Customisation depth isn’t limited to just your skill options though with a solid loot system based around random weapons. While overall weapon types are kept relatively small with the likes of snipers, assaults and shotguns being the main weapon pool the ability to carry multiple weapons and the stat modifiers they can roll with you’ll still have tough choices on which weapons to use as a primary and backup.

Getting your hands on these weapons comes from either the various merchants in the game world or drops from enemies through the main story missions and optional side quests. Enemy presentation is fairly diverse with a mixture of creatures, mechanical entities and humans which adopt different combat tactics. Within each type though this enemy diversity is lacking in combat tactics outside of elite versions which boast more health and damage. 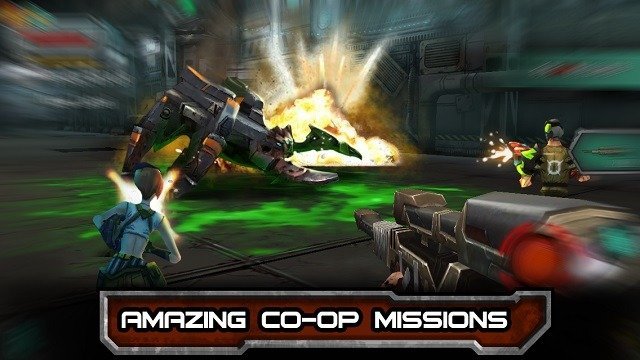 As an alternative players can engage in PvP with other players or opt for co-operative multiplayer instead to overcome particularly difficult elite bosses. In practice though the multiplayer feels clunky and isn’t intended to be your primary game mode in Bounty Hunter: Black Dawn, albeit a nice inclusion to have.

While there might be better alternatives in the broader looter shooter genre Bounty Hunter: Black Dawn does a fantastic job of bringing that genre to mobile and if you find yourself without a console or PC can provide a reasonable experience for die hard genre fans.

Games Finder is a Steam Curator and featured in the aggregate review scores data of MobyGames and Neoseeker.
FEATURED ON
Games Like Borderlands
LEAVE A REPLY Cancel Reply