Braid is an indie title that mixes the puzzle and platform genre with the unique element of time manipulation to create an interesting adventure of a daring princess rescue. Originally launched for Xbox 360 Braid was later ported to other platforms with the same core gameplay. 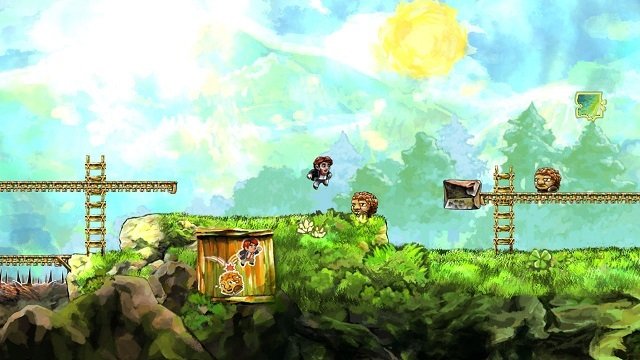 In Braid players take control of Tim as he attempts to rescue the princess from a monster that awaits at the end of your puzzle adventure. The relationship between you and the princess is vague at the start of the game but players soon become aware that Tim has recently made some sort of error that he wishes he could erase entirely which is the primary motivation for Tim. As you advance through the game this truth of Tim’s regret is slowly uncovered through various pieces of text scattered around the Braid levels. These small text passages also reveal the broader truth of the princess and the game world which adds a small element of discovery to your time puzzle adventure.

In total you’ll have six different chapters that each explore their own element of time before saving the princess from the monster of the story. With the story stage set players embark on a standard platform adventure formula where the main mechanic is time manipulation. With mastery of these abilities you’ll solve a diverse range of puzzles, defeat enemies and collect the necessary keys to open doors in that level and move ahead with the Braid storyline. 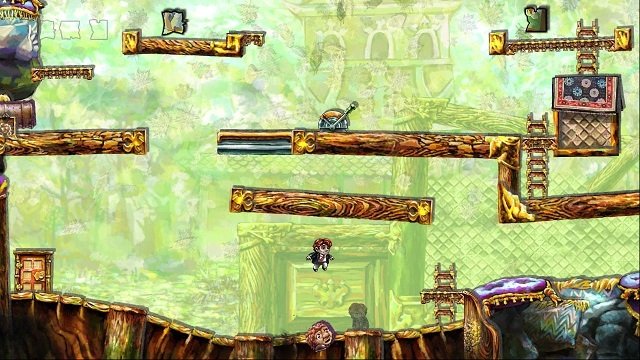 This gameplay repeats across six different game worlds which are accessed through different rooms in Tim’s house. Each of these worlds incorporates a new game mechanic based on time for players to use and experiment with to achieve the world objective. This objective requires players to collect jigsaw puzzle pieces at the end of levels to unlock the next level and players can optionally collect eight hidden stars to build the constellation outside Tim’s house for those that want an additional side objective. Players can repeat levels as they desire so this additional objective need not be done in the first completion of that level.

While Tim does have the usual array of platforming abilities to run, jump and climb players will not be able to beat each level with these alone. Instead you’ll need to use your time abilities which vary based on the particularly level of Braid which evolve from basic time manipulation to advanced ones as you progress. 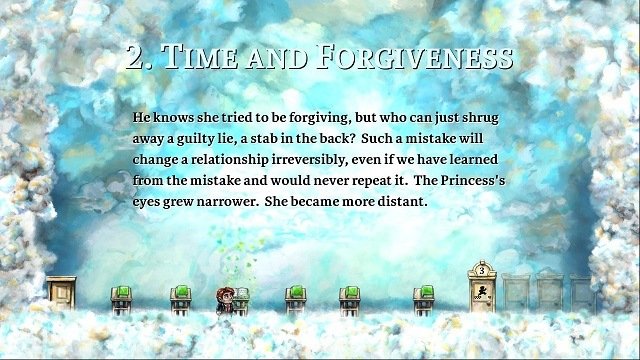 This includes the ability to rewind time, objects that are immune to your time manipulation abilities, time changing based on your movements, a shadow after rewinding time that repeats your actions, a vortex around players that slows time near the player and the final level where time flows in reverse. Players generally retain the abilities from past worlds which requires you to combine them together for challenging puzzles. After finishing each of the levels Braid unlocks a speedrun mode for individual levels and the game in general for those that want to compete against others in the community.

Games Finder is a Steam Curator and featured in the aggregate review scores data of MobyGames and Neoseeker.
FEATURED ON
Games Like Inside, Games Like Limbo, Games Like Mario, Games Like Monument Valley, Games Like Ori and the Blind Forest
LEAVE A REPLY Cancel Reply