Braveland Wizard builds on the original turn based adventure of Braveland by introducing a new Wizard hero for players to command into a consistent stream of turn based strategic fights. With plenty of other enhancements ensuring a longer and more satisfying adventure the game is bound to captivate fans of tactical turn based gaming and the original Braveland experience which offers a simplified entry into the genre. 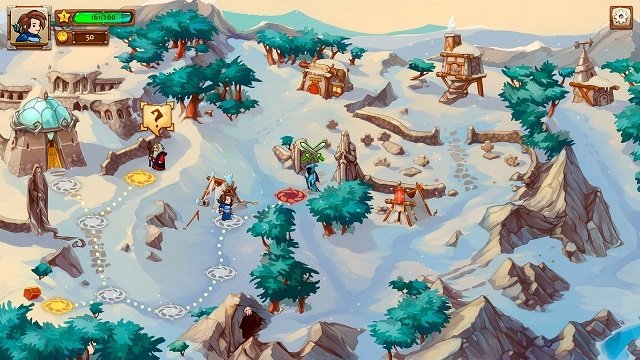 Available across multiple platforms and offering three different difficulty levels Braveland Wizard is accessible to both gamers returning to the franchise or newcomers to the genre. Even with these difficultly settings Braveland Wizard appeals more to the newcomer than the battle hardened veteran with simple mechanics to grasp. Your adventure starts with a newly graduated wizard at your command and a number of apprentices as they seek to explore the world and help people within towns and villagers along the way. The story itself is brief with little more than a few sentences at each location of your journey but that seems perfectly suited to the intended audience.

Slowly your party of adventurers will expand to include archers, powerful melee heroes and more, allowing you to create a diverse team for battle that have their own little combat mechanics to consider.  Be it your archers long ranged ability, the deadly attacks but low defence of mages or your sneaky thieves that can quickly close in on enemies you’ll have to utilise all their strengths for victory. Gameplay mechanics in Braveland Wizard stay fairly simple by limiting each type of character to a single icon on the battle grid. So for example your 5 archers will appear as a single archer graphic with strength of 5, while this does limit your strategy as your archers will all move as a single unit it simplifies the game and keeps it fun on the smaller mobile devices that the game is also available on. 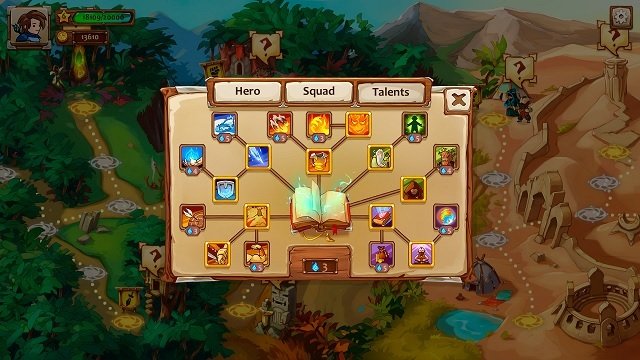 To navigate between battles and advance the story Braveland Wizard uses a simplified overworld where players can accept quests, visit shops and explore side dungeons for extra loot and experience (some of which you can repeat endlessly). Once a battle is initiated the player is taken to a standard hexagonal field full of various obstacles to hinder movement from your side of the battlefield (left) to the enemy (right) with a varying number of enemies appearing on the map that link to the overworld events, for example a group of bandits attacking the local farm.

Ultimately your goal is to defeat the enemy by moving your units around the battlefield and attacking them with standard attacks, special abilities or powerful spells that your wizard commander casts from behind the scenes as you would in most turn based strategy games. 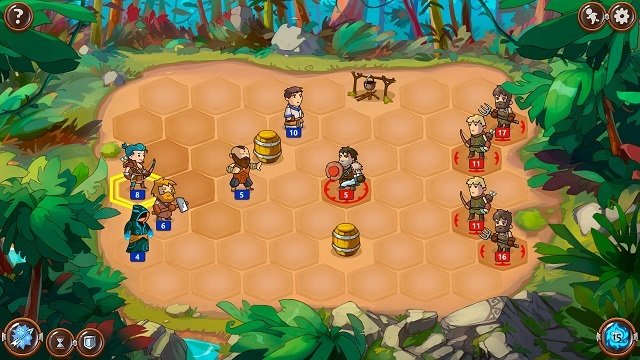 The addition of dungeons you can farm and a detailed skill tree make the sequel a great improvement over the original giving you some greater customisation and the ability to train up units to a level you feel comfortable with. Braveland Wizard isn’t immune from the issues of the first game though as it still suffers from being a short game experience with limited replay potential due to its basic story and combat fundamentals.

This review was first published on December 8, 2014. Read our update policy to learn more.

Games Finder is a Steam Curator and featured in the aggregate review scores data of MobyGames and Neoseeker.
FEATURED ON
Games Like Fire Emblem, Games Like Heroes of Might and Magic, Games Like XCOM
LEAVE A REPLY Cancel Reply