Stepping into a World War II inspired setting while offering tactical gameplay and soldier management Broken Lines explores the terrors and impact of war on the lives of individual soldiers. With your 8 soldiers trapped behind enemy lines after a plane crash you’ll have to be strategic and make tough decisions as you slowly crawl your way to extraction and safety. 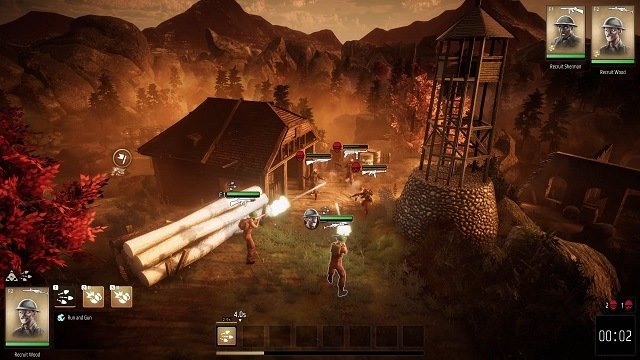 Along the way to this game ending you’ll be leveraging World War II equipment across the Nazi like countryside with a darker undertone to everything that you discover suggesting a more sinister plot that players can explore through specific quest selection and the story sequences. This is the foundation of Broken Lines approach to choice with every day providing players with different potential missions that have their own locations (21 total), maximum squad size, rewards and even alters the following missions as it changes your position on the wider game map.

Each day also brings with it several difficult war decisions that have a growing impact on your individual soldiers, altering their status with various morale buffs and debuffs that are going to impact your strategy in individual missions. This also ties in closely with the supply system where you’ll consume supply each day which can be increased or decreased through the aforementioned actions you take. 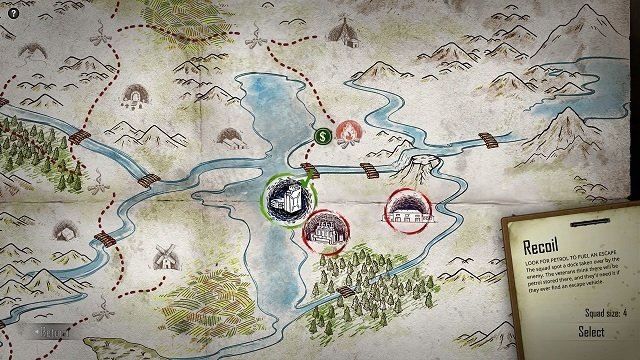 Stepping into the missions themselves players will find an asynchronous turn based tactical RPG where you’ll control a squad of various sizes (most commonly 4) to a specific objective on the hand designed map. Scattered throughout you’ll find various forms of cover (destructible and non-destructible) and enemy encampments that you’ll need to fight past yo your objective.

With the asynchronous design Broken Lines splits combat into distinct phases of planning and movement but does pause when enemies are encountered to give you an opportunity to leverage your soldier abilities or redirect their movement. Soldiers do automatically target enemies when they are within their sights although the ballistic mechanics do bring severe penalties for firing while moving and cover is essential to troop survival which given the permanent soldier death on normal and hard modes you’ll want to use extensively. Thankfully there is no shortage of important information presented by Broken Lines giving you the percentage chance of cover effectiveness to factor into your battle plan. A customisable difficultly system also allows players to remove just this element from their chosen difficultly as well. 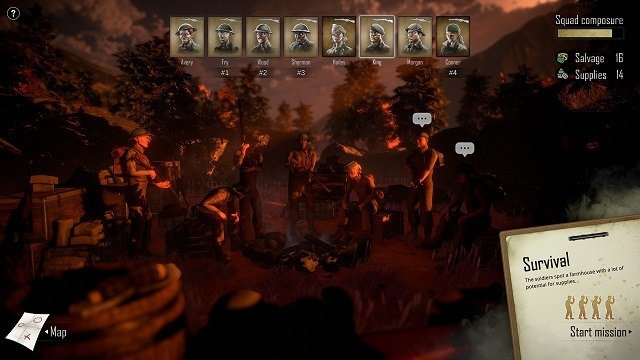 Other elements to consider for this battle plan include careful use of grenades, creating stress on the enemy to instigate panic in their ranks and unique abilities such as healing, suppression fire and carefully calculated sniper shots. Behind all of these is also the vital equipment that you bring in with shotguns for close range encounters and perfect for clearing rooms, submachine guns for suppression and rifles for long range fights.

Enemies are not without similar abilities though and will employ the same tactics, weapons and strategies and when combined with the uphill battle design of most maps is going to provide an extreme challenge for even the most veteran turn based tactical combat gamers. The learning curve to controlling your soldiers is unfortunately also a source of difficultly as there are a few control elements that don’t follow standard conventions for the genre. That being said you’ll get the odd saving grace from time to time as the AI will randomly run out of cover towards your soldiers unnecessarily.

This review was first published on March 15, 2020. Read our update policy to learn more.