Offering up over 700 levels of challenging and colourful bubble match gameplay, Bubble Mania is not shy on offering up a wealth of levels to its player base of over 10 million app downloads. Despite the large number though Bubble Mania is not shy on offering significant challenge within the first hundred odd levels. With an original release date in 2015 Bubble Mania proved addicting enough to grow from its initial 60 odd levels receiving continuous updates for several years. 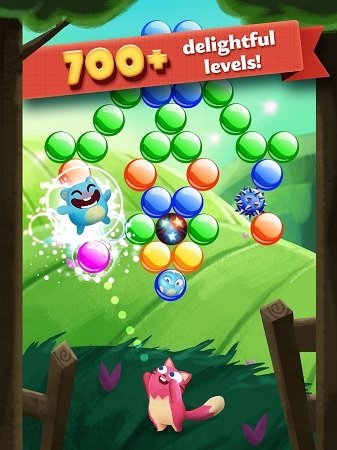 Starting at the appropriately named Bubbly Lagoon players advance through each level with the objective to save all the animal babies from the trapped bubbles. In order to so you’ll be making coloured matches of 3 or more to clear them from the game board and release the babies stuck within. This is just one of the mechanics that Bubble Mania utilises though with bubbles that are indestructible or require specific actions to burst like the unique ice rows that start to show up in the third world of Bubble Mania.

All the usual features are there from simple tap controls to release a coloured orb (with the option to hold your finger for a trajectory line for more accurate shots), the ability to swap between the active orb and your next orb and bouncing your shots off the outer game wall. Along the way you’ll also unlock 6 different boosts that provide more options to conquer levels. This includes the Rainbow Bubble, Search Bubble, Lightning Bubble, Star Bubble, Multiplier and Plus Bubble that give you different ways to quickly clear the game board with chain reactions and boost your score potential. 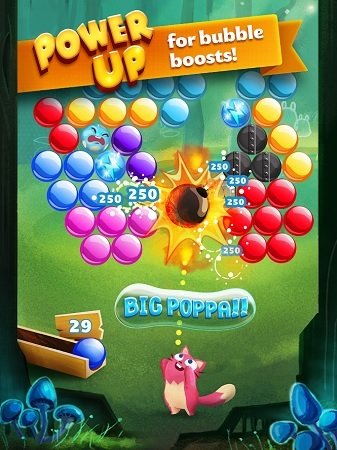 With an added goals mechanic in Bubble Mania behind the scenes that sees you completing simple tasks to earn premium currency these boosts are still accessible to people that don’t want to make a purchase in this freemium bubble title although it will require some grind of your time instead.

Similarly while there is an energy mechanic at play you’ll only run into issues if you continually fail a mission which is rare unless you are a complete beginner to the genre or hit the random powerspike levels that seem designed to push your limits and tempt you with premium currency purchases. 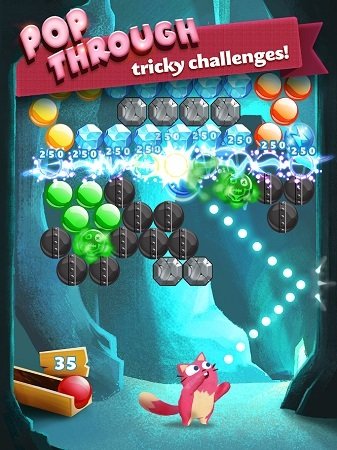 With the ample number of levels offered by Storm 8’s Bubble Mania variant of the bubble matching genre you’ll find the app is likely to be a long term staple on your iOS or Android device as you pop, clear and power up your bubble matching game.