Bulu Monster is one of the many monster collecting games available on the iOS platform. The game has been available since July 2013 and was developed by Sigma Game. Bulu Monster has plenty of role playing features and a large game world ready for exploration that help it stand out above other games with similar themes. 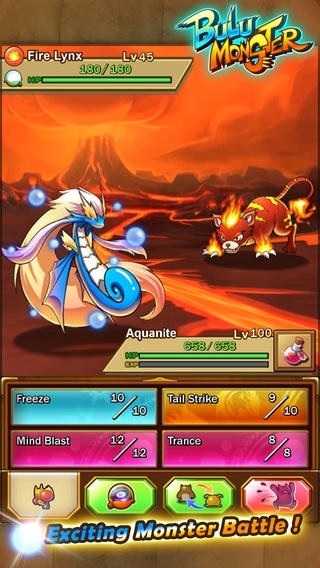 The fun and anime style art direction is also a great asset of the game and makes for a very bright and vibrant adventure. The level of polish and length of development time definitely shows and is what the app store has needed in this genre for some time.

Gameplay is a pretty standard affair with players exploring the world while they find, capture, evolve and fight a variety of monsters. The game has a total of just over 150 monsters available, a number which is very reminiscent of the original Pokemon games.

The single player adventure has plenty of content for a free to play title with over a dozen maps for you to move around and over 50 trainers that will test your skills on the battlefield. Once you have had your fill of the single player gameplay you can take your monster team online and battle against friends or other players to prove your power. 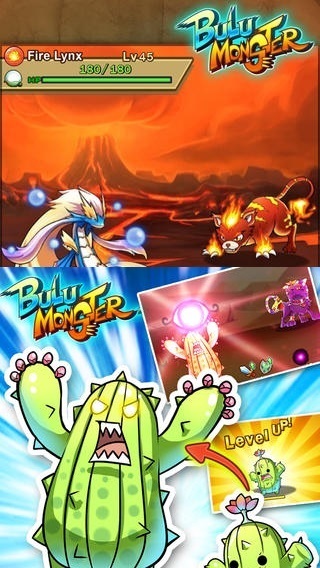 The controls of the game are also a nice touch and a good change from other games that rely on a joystick for movement. Everything is handled through a one touch interface so you can easily move around the game world and play with one hand, a convenience that most games don’t consider.

On the surface you might think Bulu Monster is just another Pokemon clone for iOS devices and while that might be true in terms of gameplay it definitely is worthy of the storage space on your device thanks to its well designed and polished features.