Call of Cthulhu: Dark Corners of the Earth brings you a survival horror experience for your Xbox or PC. The game was developed by Headfirst Productions and released in 2005. The story for the game draws heavily from several novels written by H. P. Lovecraft. 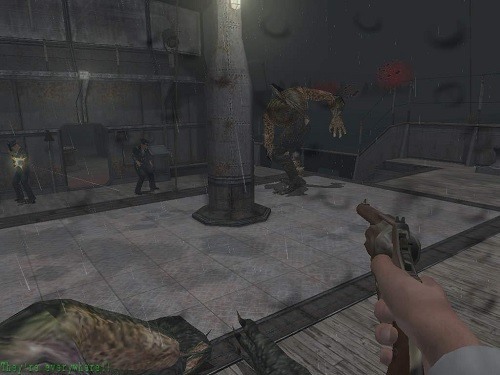 Call of Cthulhu combines first person shooting and a number of stealth gameplay elements to offer a horror story that has players choosing the right times to fight for their life or hide in the shadows. While the setting and characters for the game vary as you explore the world the majority of the game takes place in the coastal town of Innsmouth.

Players assume the role of private investigator Jack Walters who has a dark and confusing past. Having spent the last 6 years in a psychiatric hospital after a police job gone wrong, Jack’s first job after his release may be more than he bargained for.

After arriving in the town of Inssmouth that he is hired to investigate Jack finds himself in incredible danger from the corrupt town’s police force and cultist population.

Uniquely the game lacks typical HUD features which allows the game to create a great amount of realism. Players are instead given a number of cues in the game such as heavier breathing when injured, limping with an injured leg and sluggish aiming if the player has sustained an arm injury. 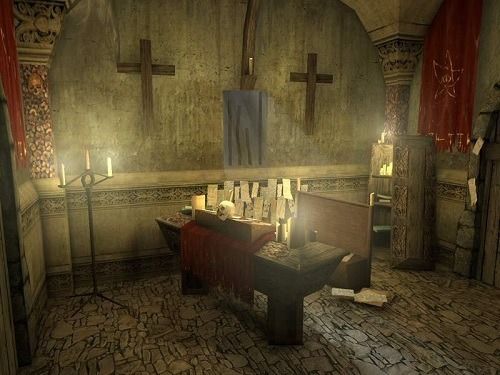 The gameplay slowly evolves as you advance from a highly exploration and sneak based experience to a more first person shooter orientated experience as you slowly collect weapons to defend yourself.

Call of Cthulhu isn’t an open world experience though with a highly linear storyline based on scripted sequences. Players do have some free choice in how they approach each situation though and this linear aspect definitely doesn’t take away from the overall experience.

Games Finder is a Steam Curator and featured in the aggregate review scores data of MobyGames and Neoseeker.
FEATURED ON
Games Like Alan Wake, Games Like Amnesia, Games Like Outlast, Games Like Resident Evil, Games Like Silent Hill
LEAVE A REPLY Cancel Reply

Call of Cthulhu: Dark Corners of the Earth