Candy Blast Mania will have you matching all sorts of colourful candy on your mobile device across hundreds of levels and even competing against others in unique online tournament and challenge events. Available on both iOS devices for free you’ll find an impressive and colourful candy based experience awaits you that continues to innovate in the competitive match three puzzle space. 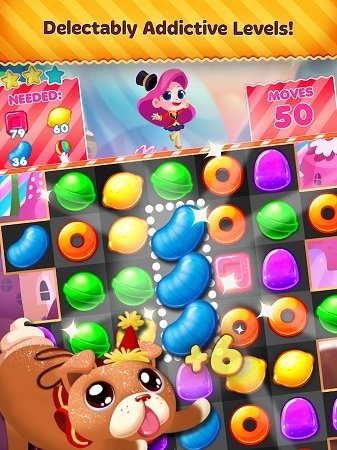 Like other deliciously themed matching puzzle games Candy Blast Mania is ideal for the short play session with hundreds of individual levels that challenge players to collect a certain number of candy within their limited number of turns. While this objective changes sometimes during other game levels (and particularly in challenge modes) for the most party Candy Blast Mania invests heavily in this one gameplay mechanic.

What it lacks in diverse mechanics though Candy Blast Mania more than makes up for in quickly ramping up the game difficultly to where you’ll have to manage multiple colours and deal with strange shaped game boards that make matching difficult. With in game monetisation these roadblocks are often easily overcome although free players may find themselves stuck on levels for an extended period of time without a little luck and perfect game strategy. 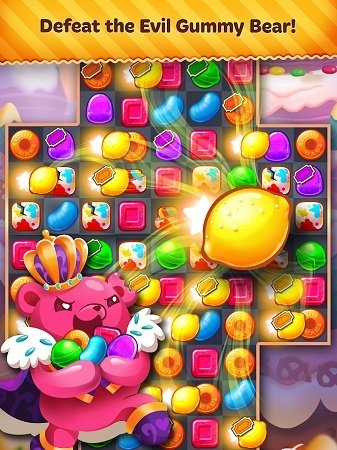 Collecting a candy in of a particular colour is easy in Candy Blast Mania and if you’ve played any sort of puzzle game before it will be second nature right from the start as you swipe candies to make lines (vertical and horizontal) of three or more. When players make matches of four or more they’ll get special bonuses to help clear the game board even faster while also increasing the number of resources that are gained from candy collection making them an ideally obvious strategy.

Like most games in this genre each level requires you to consume energy which does stop players from playing longer sessions on Candy Blast Mania unfortunately and is interspersed with game advertising which is slightly more aggressive than competitors and can be frustrating on repeated level failures as it slows down your potential attempts. Energy can recharge to a maximum of five with players having the option to purchase more or get them through friends if Facebook is connected to your game account, replicating a standard mechanic that the genre is known for utilising. 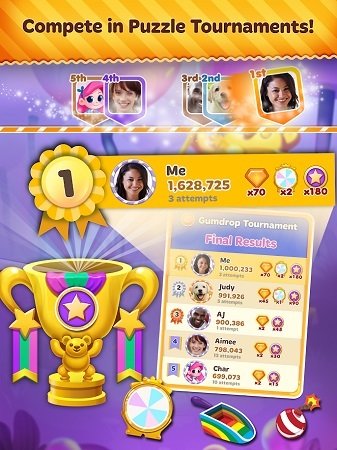 Another familiar mechanic that Candy Blast Mania adopts as you progress through the several hundred levels is access to a variety of powerups to take into each level. Using these wisely is important to getting through all the levels of Candy Blast Mania and help give you that extra edge when you need it with the easiest way to earn powerups through the special missions in certain stages which provide keys to unlock treasure boxes of goodies.

What really separates Candy Blast Mania from others in the genre though is its focus on challenge modes and events that see high score leaderboards and team competitions with in game prizes which is ideal for the competitively minded match three puzzler that has run out of friends to compete with.