Taking its popular formula from Candy Crush and giving it a new Sodalicious name, Candy Crush Soda Saga joins a growing list of King match three titles. Like other King mobile titles you can expect high quality gameplay and regular updates thanks to the large community the game has acquired since initial release. At millions of downloads the community size makes Candy Crush Soda Saga one of the biggest in the genre. 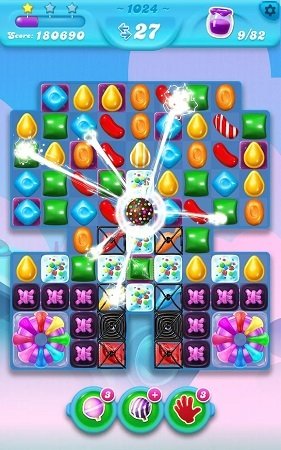 Following Kimmy through originally hundreds (and now thousands) of game levels to find Tiffi you’ll match and swap your way across countless environments that have colourful soda themes. Other than a new setting you’ll also find new tiles to match, different game board designs and a few interesting new game types that will challenge your matching abilities providing much needed variety to the core match three puzzles.

Ultimately though these are just slight variants to keep you moving through the several thousands levels with enough variation. This isn’t unique to Candy Crush Soda Saga though and it does compare favourably to other options in the genre for mobile players. Modes like Soda where you have to free the soda bottles and watch the screen fill up with juicy liquid, Bubble where trapped Bears are waiting to be freed, Bubblegum where you fight a constant battle against spreading gum and various other save the Bears variants (that use honey, jam and ice instead of bubbles). 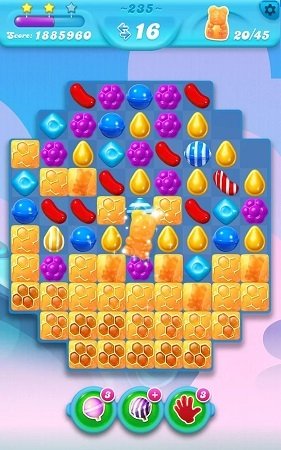 To assist with these level requirements you’ll be able to carefully plan special matches of 4 for powerful board clearing moves and even a unique 7 match that provides colouring candy but is exceedingly difficult to achieve. Players are not without once off power-ups either though with boosters unlocked at various levels of your adventure that can break a tile, remove a column or row completely, switch two tiles, add moves or allow you to start with a special powerup on the board.

As a King game you’ll also have the benefit of high production values and this means in Candy Crush Soda Saga you’ll get highly responsive gameplay, flashy graphics, never ending levels and unique world designs. All of these are of the highest quality in mobile gaming and make it hard to resist the lure of the game if you are a fan of the genre or King games in general. 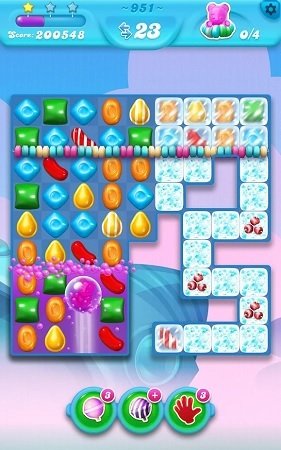 The only real cons of the game are that you’re not getting anything new and it feels like it leans slightly closer to pay to win than King’s other instalments, but some dedication and replaying levels can get you past these difficult levels with some patience.