Captain Forever Remix recreates the original Captain Forever title with enhanced gameplay. Your objective is to design the most powerful spaceship you can from randomly generated parts from the ships that you destroy in the rougelike framework. 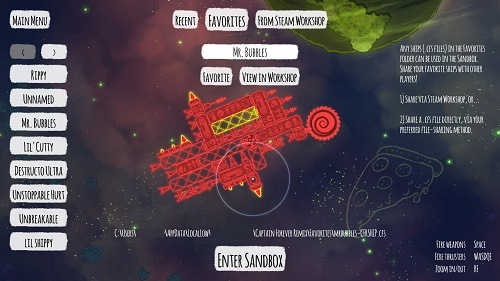 Each individual game in Captain Forever Remix starts off the same with players building a starting spaceship from a handful of parts. These parts include the likes of missile cannons, engines, bulkheads and other modules that provide unique benefits. As players play more and more games the beginning pieces available will change which provides the underlying progression given the rougelike nature of the game where ship destruction ends your particular run.

With your starting ship designed using the simple drag and drop interface players step into the procedurally generated level where you’ll encounter other ships. Your goal in each level is to destroy a particular level ship and is best achieved by exploring the surrounding area first to take out smaller ships and with luck find chests. Once your goal is achieved you’ll transport to the next level which features higher grade ships and potentially traps such as space mines which complicate matters further.

By destroying these weaker opponents command module or locating chests you’ll get new modules to attach to your ship which you can opt to take or leave behind. In doing so players will slowly improve their strength either through greater movement capabilities, more damage or unique skills such as life steal. Players are not limited to changing their ship design after enemies are defeated either and can be done at any time, even in combat which creates some interesting on the fly decisions. 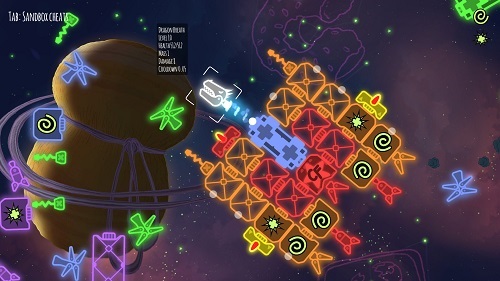 For example players might find themselves surrounded by enemies in a ship with poor manoeuvrability and move their weapons to all sides of their ship to counter all opponents at once. While Captain Forever Remix does not feature a mini map players receive pings (similar to ripples) that indicate the locations of ships.