Castle Clash is a fairly standard base building strategy experience but its polished gameplay and focus on additional features have helped it rise to the upper end of the genre and in turn attract a healthy community of clashing players. The game boasts millions of accounts and is particularly popular on Android devices where it has secured the larger community although is also available on iOS. 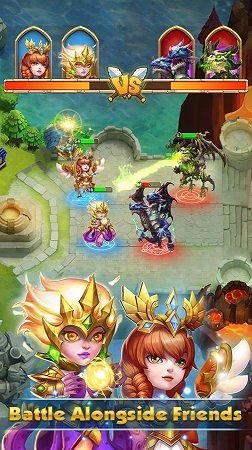 One thing that quickly stands out in Castle Clash is the multiple sources of inspiration for settings that the game pulls from which leads to a strange unique mix of themes. For example players can expect to find plenty of fantasy creatures, some medieval influences and even a touch of steampunk design in the advanced troop section that includes the likes of the Mecha Man which serves as a powerful steam powered front line troop. Somehow tough Castle Clash has managed to integrate all of these ideas together into a coherent presentation that surprisingly doesn’t feel out of place.

The core gameplay of Castle Clash is similar to other games within the genre and involves the usual mix of city building and resource management that one would expect from a Clash of Clans variant. Starting from nothing your overall objective is to expand your kingdom by obtaining resources in PvE and PvP content to rise through the leader board ranks in a relentless upgrade loop. Of note is the healthy Castle Clash tutorial which is more in depth than other mobile strategy games and ensures it serves as a good introduction for players who have never played a similar game in the past. 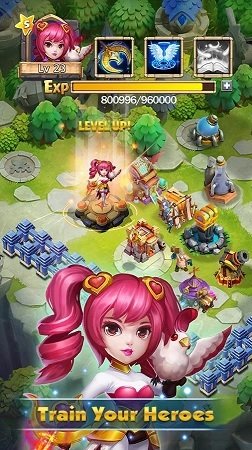 What truly sets Castle Clash apart is the robust magic and hero system along with the additional game modes (Arena and Dungeons) that are a rare inclusion for the genre. Magic spells must be purchased from a players Relic Hall and have several levels of upgrades available just like the rest of your troops and units. Using these spells at key moments gives you more control over how your strategic battles turn out with spells that can heal your troops, boost their attack, rain meteors on the enemy and everything in between.

The hero system is equally as important if players wish to rise through the ranks in Castle Clash and adds that extra progression layer to ensure upgrades are constantly around the corner. Heroes cannot be permanently lost in battle and are used in a similar manner to troops although they are also able to defend you from attacks providing a useful roaming defender from enemy raids. 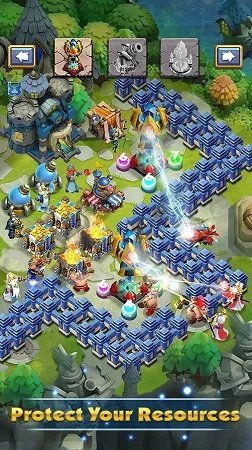 As with the other game elements you’ll find a healthy variety of them available with their own strengths and rarity rating making it somewhat of a hero hunting exercise. Players can have multiple heroes active and level them up separately to improve these stats and skills overtime as well which plays an important role in the aforementioned Arena mode which is a clash of hero against hero.

Rounding out the offering Castle Clash hosts plenty of in game events to help free players get a step up against their paying player cousins. With plenty of additional content beyond the standard inclusions of the mobile strategy genre Castle Clash should be one of your first options.

Games Finder is a Steam Curator and featured in the aggregate review scores data of MobyGames and Neoseeker.
FEATURED ON
Games Like Boom Beach, Games Like Clash of Clans
2 COMMENTS
LEAVE A REPLY Cancel Reply