The cats are gathering and going to war against the Dog Kingdom in the mobile game known as Cat War2 for Android devices. Allowing players to command an army of cat inspired units the task of victory falls onto you as you fight through a number of stages and boss battles on behalf of the cat society on your handheld device. 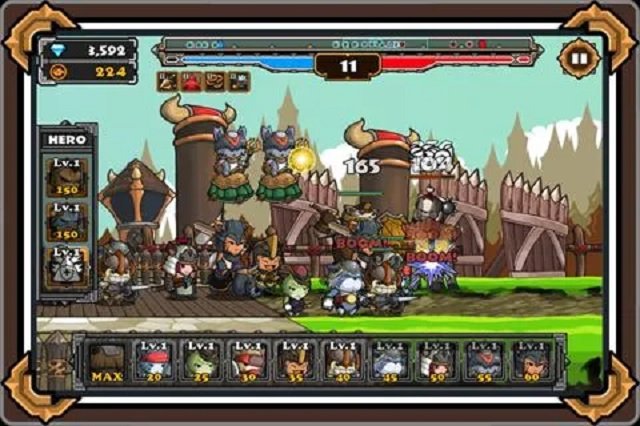 Marking the second game in the franchise of cat vs dog warfare the game sees a number of improvements over the original, most notably in the UI and graphic departments which make the game that much more engaging for newcomers and returning players alike. For those returning for round 2 of this animal based tower defence series you’ll find familiar battle units to utilise alongside hero units.

The actual game mechanics that Cat War2 offers are easy to grasp and will be familiar to anyone that has tried out similar side scrolling strategy games in the past. You’ll find your foundation of resource generating units (cats collecting fish from the nearby pond) which then funnel these collected fish into military units. 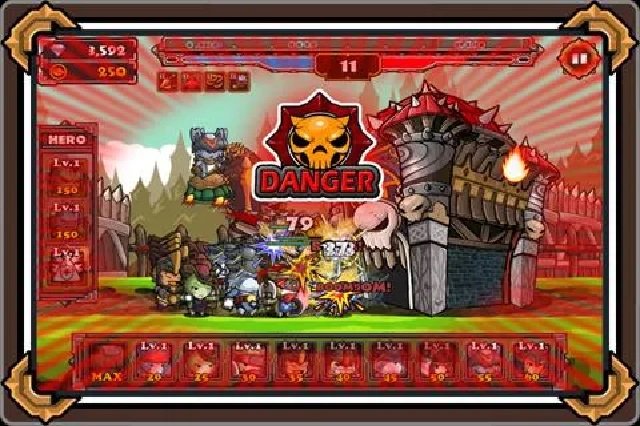 These units contain your usual swordsmen and archers with cat graphics that perform obvious strategy roles along with hero units which players can use up to 3 of in each match. Heroes come with their own skills which can be activated after a short cooldown for larger bursts of damage or other utility. This is then paired with 9 basic military units which players select to summon that are unlocked at various game stages to create an overall pushing based strategy. As you progress throughout these stages units do become more powerful although as their cost increases there is always a place for your basic starting units in your strategy.

Upgrading units is of course an important component and shouldn’t be overlooked which is facilitated through the diamond system which also allow the purchasing of new heroes or items for temporary boosts in a given stage. These diamonds are earned for clearing stages and available in decent quantities at the start but are only earned slowly from gameplay (unless you opt to pay) and you’ll often need to stockpile these for harder stages. With these items being a single use it can be difficult to balance diamond investment in stages and if you underinvest you may find yourself forfeiting all spent diamonds on that level. 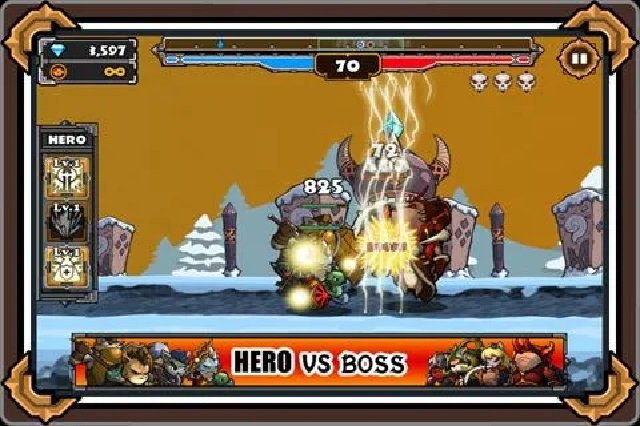 Other paid mechanics in Cat War2 that limit free to play players are almost non existent with only the fastest game speed (3 times) out of reach for free players. In total there are 100 stages of cat warfare to master in Cat War2 with every 10 levels offering up a difficult boss stage where only your hero units will be able to fight for you..