Champions Online is a super hero focused MMO that prides itself on a crazy amount of customisation. Create the hero that you’ve always wanted to be in this well designed and beautiful MMORPG. 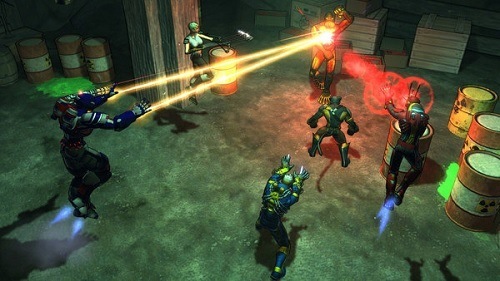 Offering a mixture of instanced events for team raids and an open world the game finds a good balance between exploration and action focused sequences. Just like other games in this space players are free to repeat these instances again and again. You’ll also have an exclusive underground circuit for your PvP battles where you can test your heroes setup against other players.

Character creation in Champions Online won’t only be your first experience with the game but also one of the most enjoyable. With the option to choose everything from your hero’s animations to colour scheme and even powers there is no shortage of choice (and even more for subscription members).

Once you’ve settled on the cosmetic options you’ll get to pick from the large number of archetypes (classes) to pick from. Sticking with the super hero theme you’ll have archetypes such as The Glacier who uses ice based crowd control to The Mind who focuses on healing and psi powers or The Mountain, a massive rock golem. With dozens of options to choose from the variety and uniqueness in each archetype is very impressive.

Champions Online doesn’t limit all of this customisation to just your own character with players having the option to repeat the whole process to create their own nemesis at level 25 (max level is 40). Players will then get to fight their minions through various missions to eventually fight their nemesis and put them and jail (at which time players can repeat the process with a new nemesis that they create). 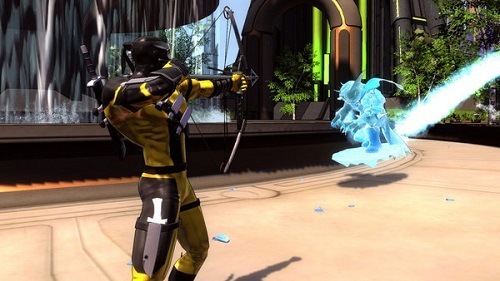 In terms of gameplay Champions Online is action orientated focusing on attacks and blocks to fill up a power meter for stronger attacks. Number of skills are kept minimal in comparison to other MMOs but offer more flexibility for players to change them into something that suits their overall character design.

Champions Online definitely is one of the more unique options out there in the MMO genre, with particular appeal for super hero fans or those seeking a large amount of customisation in their game experience.

Games Finder is a Steam Curator and featured in the aggregate review scores data of MobyGames and Neoseeker.
FEATURED ON
Games Like Blade and Soul, Games Like DC Universe Online, Games Like Dragon Nest, Games Like TERA, Games Like World of Warcraft
LEAVE A REPLY Cancel Reply