Explore and direct unique stories in Choices: Stories You Play, fall in love, solve the murder mystery and even rule your own kingdom in the large range of stories that are directed by the decisions that you make. Serving as a story app with currently over 60 unique stories with multiple chapters to each Choices: Stories You Play is one of the most downloaded mobile games in the genre and continues to build its library of content one story chapter at a time. 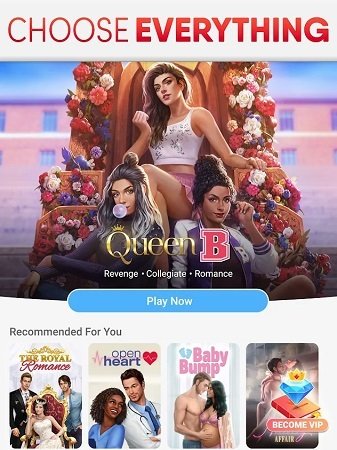 Stories of Choices: Stories You Play range from romantic comedy, romantic drama, horror, sci-fi, fantasy, adventure and a number of holiday themed stories. Whichever stories you choose to explore Choices: Stories You Play offers high quality writing and presentation albeit some cheesy story directions and dialogue. For those players that have played High School Story on your mobile device before you’ll find a similar overall interactive storybook experience given the game comes from the same developer (PixelBerry Studios) albeit more mature storylines.

As noted each story available in Choices: Stories You Play splits itself into chapters which provide a wealth of storyline content for players to explore with dozens of choice in each. While these decisions generally don’t materially divert the final ending of the plot it does alter the way characters or situations play out in the future which does give your choices some weight to the story plot. Some choices in these stories are more minor though and may only impact on how the current situation is resolved within the story without long lasting effects on the story as a whole (such as picking an outfit for your character). 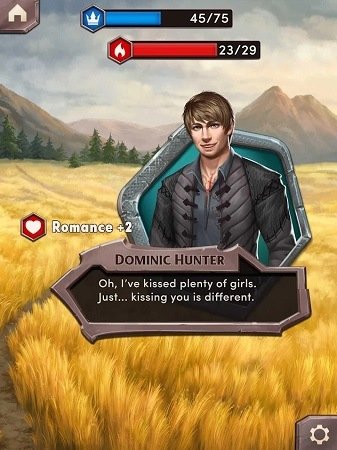 Choice also exists outside the story with genre and character options within most stories usually spanning different genders and personalities allowing you to place yourself within the story should you wish. Each character also comes with their own synopsis to give you the vital background you need for your star role and once again builds your relationship with the characters. Occasionally players may also take on the supporting roles of other characters in the story although these are increasingly limited in newer stories and chapters.

One of the more unique elements of Choices: Stories You Play that is used in a number of available stories and something that helps it rise up against similar titles is the point accrual system where your specific actions give you story specific currency which can assist you later in the story. 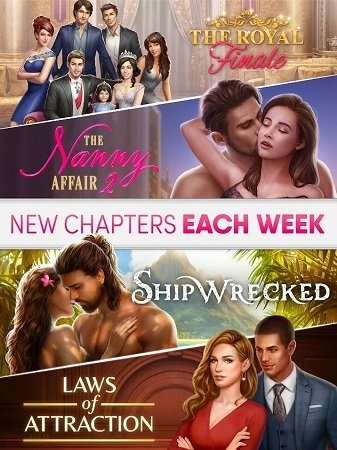 In The Crown & The Flame for example certain choices can improve character power and their prestige which can be used later on to make unique choices provided you’ve accumulated enough points from your earlier decisions and serves as an effective method to see the ripple effect of your decisions. Other points can also accrue in the background such as romance between characters which can come into play later and helps gives players a helpful guide as to the growing link between characters.

Supported with its near weekly releases of new story content Choices: Stories You Play is one of the leaders in the mobile market for interactive stories although its focus has shifted since initial release into more mature storylines for those over 15 years of age.

Games Finder is a Steam Curator and featured in the aggregate review scores data of MobyGames and Neoseeker.
FEATURED ON
Games Like Episode - Choose Your Story, Games Like High School Story
LEAVE A REPLY Cancel Reply