Chris Sawyer’s Locomotion is the spiritual follow up to Transport Tycoon, using 2D isometric graphics reminiscent of the original RollerCoaster Tycoon this challenging title also serves up plenty of nostalgia for fans of either game franchise. Centred around the period of 1900 to 2100 Locomotion explores the railroad, tram, airline, ship, truck and bus industries. Connecting these transportation methods together allows players to conquer more than 40 scenarios with each offering 5 difficultly levels to ensure replay opportunity is available. 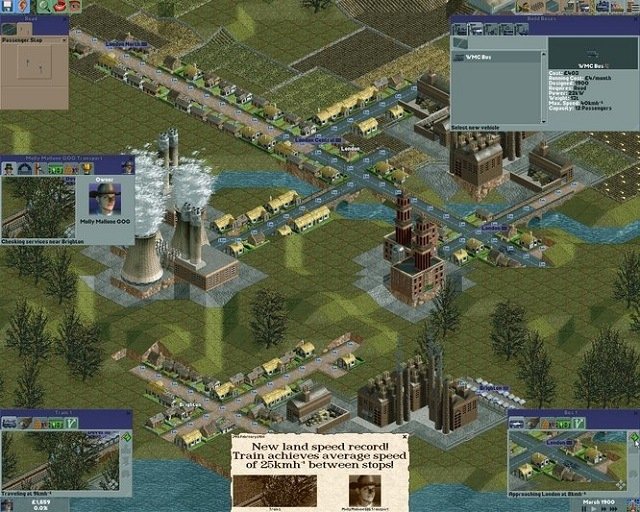 Objectives in these diverse scenarios range from reaching a certain rank on the competitor company list or transferring a certain number of cargo through your network. These are then paired with time limits to ensure player focus does not move away from the primary objective and provide a sense of urgency in meeting your objective. Said scenarios also offer an interesting mixture of fictional and real world locations to add another layer of variation to the transportation management formula.

Within these settings players will need to outsmart the ruthless competitors as you compete for raw materials, people and other goods by being the primary supplier of these from one location to another. The path to this ideal transportation world is a long one though with each scenario presenting a map scattered with industries, towns and smaller villagers that need to be brought into your companies sphere of influence. 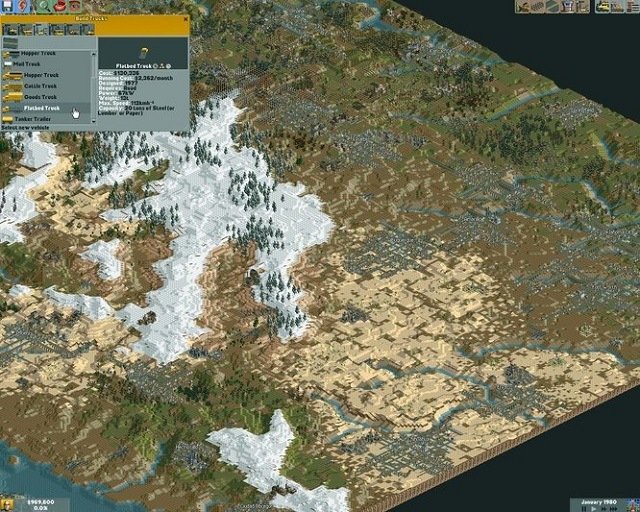 Many of these start without links which is where the player must first focus by developing the necessary infrastructure (roads, rails, ports and airports) to support your future transport empire. Strategic players can also use this to their advantage with the flow of goods also impacting the growth of cities which in turn improve the number of passengers needing a robust people transport system providing that second profitable layer beyond raw materials.

Carefully using this to your advantage and doing so in the cheapest way possible is where you’ll find your competitive advantage against the AI controlled opponents who are trying to cut into your profitable routes. This can often be challenging due to UI issues that also plagued the original RollerCoaster Tycoon that can make building around terrain difficult with expensive trial and error often unfortunately the only way forward. 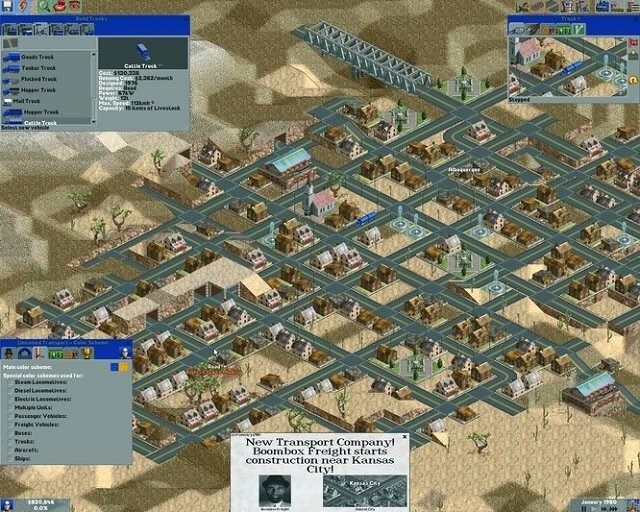 This is not the only speed bump in the nostalgic trip on offer in Chris Sawyer’s Locomotion but none are significant enough to stop you playing the game entirely.

Games Finder is a Steam Curator and featured in the aggregate review scores data of MobyGames and Neoseeker.
FEATURED ON
Games Like Roller Coaster Tycoon, Games Like Transport Tycoon
LEAVE A REPLY Cancel Reply