Chrono Trigger is a role playing game that was originally developed for the Super Nintendo in 1995. The game was developed by Square (now Square Enix) so you know that the game is a high quality experience. 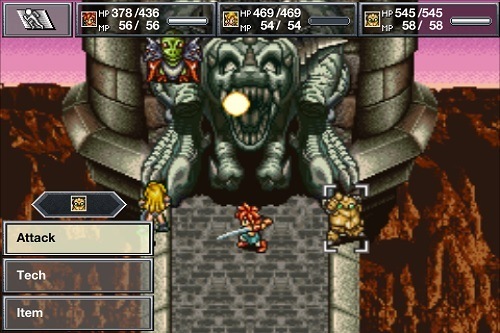 The development team of the game also included several big names that worked on other popular role playing games such as Final Fantasy, Dragon Quest and Dragon Ball. The game has been re-released several times for modern day availability including the PlayStation Network, iOS, Android, Nintendo Wii and the DS.

Chrono Trigger brings you a great role-playing experience and takes place in a 2D retro style game world (because it was made in 1995!). Players will explore the game world which has a huge variety of environments while completing quests, buying/selling items, completing puzzles and following the storyline. The gameplay is very streamlined using the same screen for navigation and combat with a distinct lack of random encounters like modern role playing games.

Combat features a very similar system to the one that was made popular by the Final Fantasy series. Like most games Chrono Trigger is based on a mixture of physical and magic attacks depending on the character selected. Items also play a major role in combat with healing items and equipment that can be worn by the player to increase their stats.

Chrono Trigger is packed full of unique features with one of the most praised and popular being the ability to combine character skills together to create ultimate attacks, such as adding elements to a fighter’s devastating cyclone spinning attack. 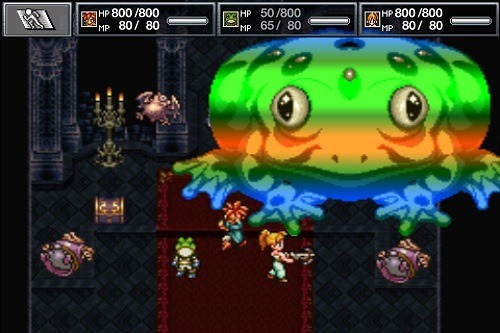 Other unique features include the ability to time travel, over a dozen endings and the New Game+ mode where you can complete the story again without resetting your characters.

Despite the age of the game Chrono Trigger easily stands up against modern role playing games and even surpasses some of them in terms of gameplay.