Citizens of Earth will definitely turn a few heads with its Earthbound like design, does it match up to the classic SNES title though? 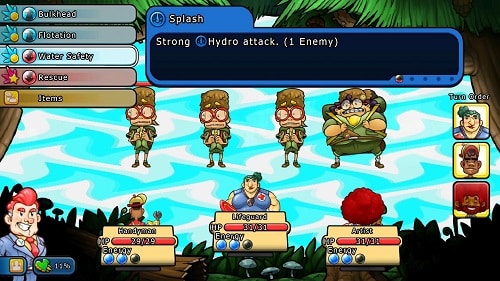 Available for a large range of platforms many gamers can get access to this humour orientated RPG adventure. Filled with pop culture references and many elements lifted right from the original Earthbound makes for quite the combination. Set in a current era world players step in the shoes of the Vice President of the world as they try to overcome the madness and evil that is currently gripping its inhabitants.

As a Vice President though you’re a master of not getting your own hands dirty, supported with your impressive charisma you’ll recruit a team of 3 fighters out of the possible 40 within the game. These citizens come from all sorts of backgrounds and even include your own mother and brother.

As one would expect these characters have their own special skills, stats and a limited number of items. Your party can also impact the attribute growth of your other members, adding in that extra layer of strategy in crafting your ideal team from the citizens, who fall into a number of high level archetypes. Recruiting each of these requires a small side mission in order to gain their trust which are all unique although some are excessively vague. 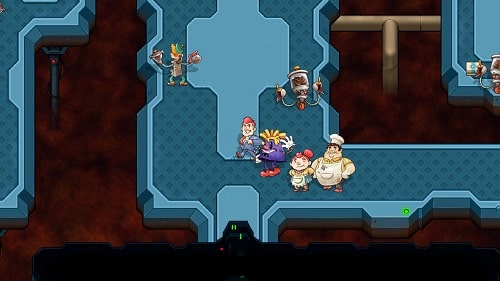 With this carefully crafted party of adventurers you’ll encounter enemies roaming the game world and a number of boss encounters. In classic 16-bit RPG style this combat is turn based which keeps it accessible while ensuring there is plenty of strategy under the hood. This is further enhanced with a difficultly slider that provides extra income and experience for higher difficulties.

The game is only let down by the odd game bug (in worst case crashes) and a weak world map that can make it difficult to find your intended destination.