CivCrafter combines idle clicking with an entire civilization. Will you be able to guide your civilization through battle and economic struggles with the touch of your finger? 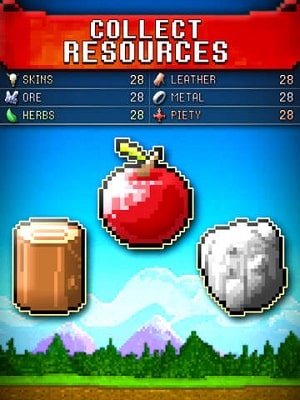 Gameplay in CivCrafter centres around three core resources, food, wood and stone which players can choose to collect by tapping the appropriate icon. Each of these have their own uses but are best balances early on until you have decided on your strategy.

In order to passively generate these resources players will want to increase their maximum population cap by building tents, huts, houses or mansions. Players can then assign their new villagers to either farmers, loggers or miners who generate the 3 primary resources automatically without the need to click.

As the game progresses players also unlock a number of specialist jobs which assist your civilization in more advance ways with units like the tanner, blacksmith, healer and cleric. War units are also possible with soldiers, archers, knights and dragons available for requirement and generally cost resources that cannot be directly farmed. For example soldiers require both leather and metal that are produced by the tanner and blacksmith. 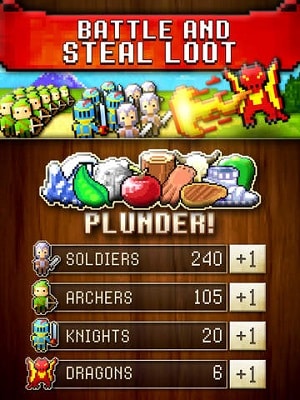 To avoid being a purely numbers based game CivCrafter offers a range of building upgrades that improve the efficiency of tasks which are important to balance against the cost of simply creating new units. Players can also seek to build one of the 9 wonders in the game which provide a large boost for a significant resource investment.

The extra depth of CivCrafter comes from the battle elements where you can join a clan and fight with friends to prove your dominance and even earn some premium game currency for those that are able to dominate the leader board.