Originally released as Nozomi – Clash of Zombies and now revived as Clash of Empires: Zombies War players will find themselves in a world full of the walking dead as you fight off zombies and manage your resources in the free to play strategy title for iOS and Android devices. 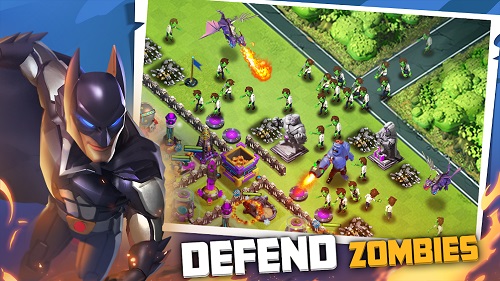 Clash of Empires: Zombies War opens with a torn out piece of paper from The Caesars Time which presents players with zombie headlines, no sooner have you finished you’ll be facing your first of many zombie attacks with the end result not being favorable for the scientist team of Dr X who we are to presume is an important puzzle piece in the eventual saving of the world. Moving quickly into a counter attack of your own you’ll get your first insight into the raiding system of the game with a powerful barrage of heroes that all look extremely similar to superheroes in popular media such as a Thor inspired character, a ninja turtle and a Goku like fighter as well. These characters are placed with a single tap and will attack the nearest structure until it is destroyed.

Now that you’ve had a taste of the mightiest fighters though you’re brought back to a simple base which will serve as your operations to rescue Doctor X. From here the more realistic tutorial starts letting you build some basic defenses alongside a barracks to train basic troops for future attacks against the zombie bases. Overall this gameplay flow is similar to that of the other games within this niche that sees you gathering resources over time (food, water and survivors in this case) and funneling it into building upgrades and army recruitment. These can easily be obtained in their thousands through the campaign or by using the respective resource generating buildings.

Clash of Empires: Zombies War does have similar trappings as well though with players confronted with a wealth of content from the start that will definitely seem overwhelming to the first time player in the genre, accordingly taking advantage of all the game systems in the most efficient manner will require some trial and error. Clash of Empires: Zombies War does offer small regular rewards for those that stay online which does encourage new players to take the time to try out each of the games elements and there is little to no cost for severe failure. 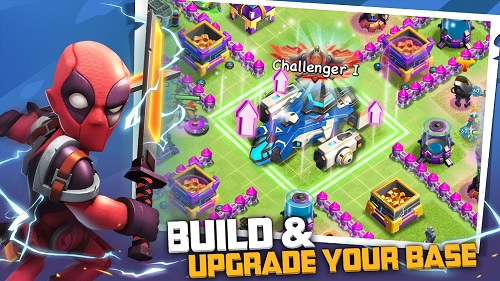 Central to your operations is your spaceship which serves as a command center which when upgraded allows you access to more powerful building and units. Your spaceship level also limits that aspects of the game you can have access to and particularly the campaigns. Arguably one of the best elements of Clash of Empires: Zombies Wars is that unkilled units can be used again and again for the next attack as part of these campaigns which few games in the genre allow for and reduces your overall reliance on resources.

All the other usual features one would expect from a mobile strategy title is there with nearly a dozen core troop types to mix and match for the ideal raiding party, robust multiplayer features to support PvP and communication and a bunch of special abilities tied to heroes that give you a little more customisation over your overall strategy.