Clash of Lords 2: Guild Castle ranks among the top mobile strategy games in the world with millions of downloads across the respective Android and iOS app stores. Commanding a large population the game continues to stay updated and relevant amongst the backdrop of countless similar titles inspired by the Clash of Clans dominance. 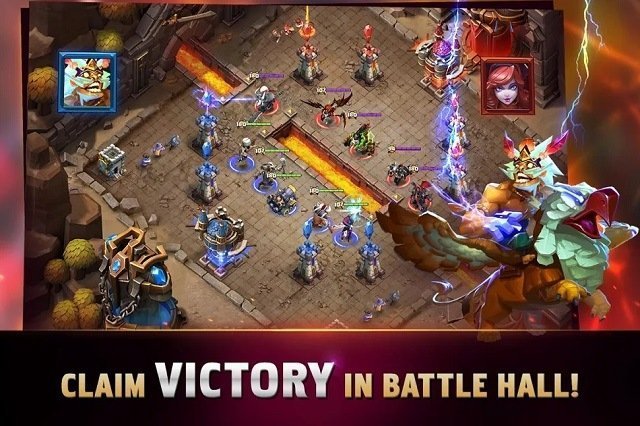 In your Clash of Lords 2: Guild Castle your focus will be on the dozens of game heroes which can recruited to your cause and fight for you on the battlefields of PvE and PvP that the game offers. The core formula of a Clash of Clans inspired mobile strategy title is there as players gather resources over time and use these resources to reinforce their town with structures, walls and defences.

Broadly these buildings fall into the three core categories of military, defensive and resource orientated. Military buildings for example are used to unlock game modes, recruit troops and hire heroes while defensive contains your common walls and 8 separate towers with various functionality. Finally resource buildings are the most limited offering only the builder shack, gold vault and gold mine. This also makes Clash of Lords 2: Guild Castle one of the few Clash of Clans inspired games with only a single resource that players can generate for themselves within their base. 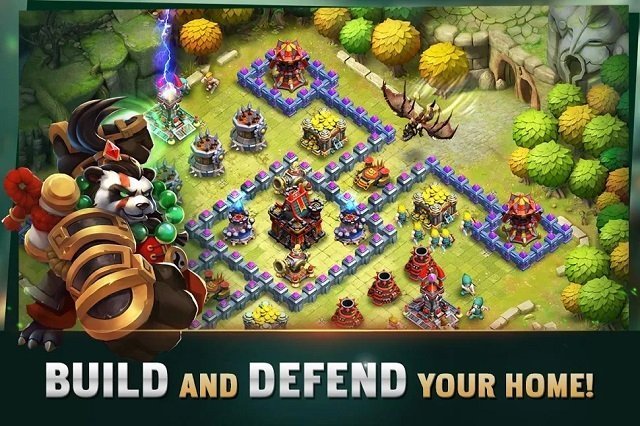 Gold is also your main currency in achieving this expansion and gathered from your gold mines within your domain, via the important resource raids that you’ll conduct or other activities such as the solo campaign and reaching certain ranks. Gold is not the lone resource though in Clash of Lords 2: Guild Castle with a total of 8 resources to manage from the common Souls for improving your heroes to the valuable rings for advanced upgrades and a number of building specific resources that players are slowly introduced to as they advance.

Clash of Lords 2: Guild Castle does push the genre and the second game in the franchise more heavily towards heroes though with regular free heroes (and experience eggs) available at regular intervals to help you fill your roster with normal, good and rare heroes (with epic being limited to premium currency). It’s a standard formula is this regard but the number of free heroes that are handed out feels more generous than most games despite the limit on epic variants. 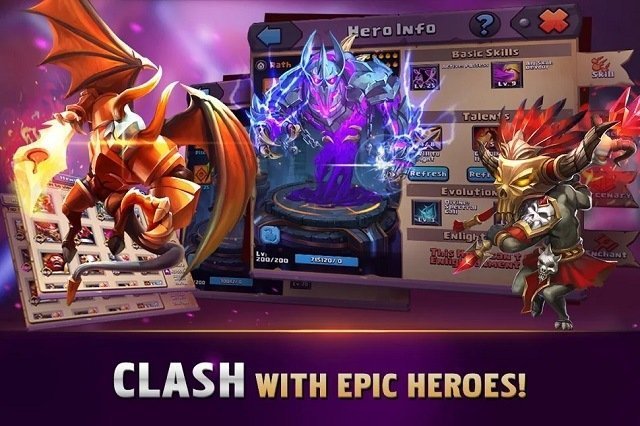 Each of these heroes is not only visually unique but also offers a variety of statistics and gameplay style driven by their  skills and talents. To support your heroes in battle they’ll also each come with their own minions (called mercenaries) which follow them into battle and make the game much less about individual troop recruitment. These heroes and their minions will also stand strong alongside your defensive structures to fend off attacks from other players.

All of these elements are upgradeable individually on your hero as well which makes it easy to design a setup that has very particular strengths. Each hero also has hundreds of levels to advance through, making the end game power rush just as long as the early game hero collection and what will keep you coming back consistently to the 10+ game modes that each have their own challenges, rewards and currencies.