Clash of Lords follows the formula made popular by Clash of Clans but adds enough of its own take on the genre to ensure that it is more than just a simple mobile strategy clone. Clash of Lords is an Android only experience (although there is a sequel on iOS) and has more than 5 million downloads on the Android platform making it one of the most popular. With the healthy community Clash of Lords continues to receive regular game updates and events ensuring ample content and players to fight against in PvP. 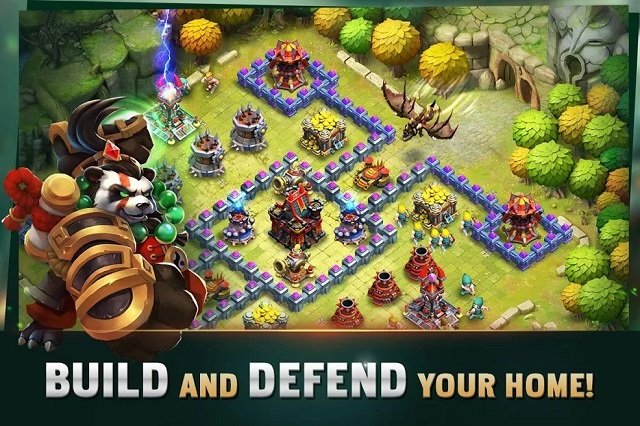 Clash of Lords is set in a game world that blends medieval and magic together resulting in a historic and fantasy feel to the setting and associated game mechanics. This means you’ll be able to recruit plenty of mythical and fantasy based units to use in your ever growing army with each having associated strengths that have varying combat uses. These skills must be activated in real time allowing for careful timing to prove beneficial.

A unique aspect of Clash of Lords which builds on these basic units and something that only a few other games in the genre are offering is the ability to recruit heroes to your army. These heroes can add significant firepower or utility to your standard units and will also level up overtime to enhance these skills further. With over 50 such heroes in the recruitment pool there is a variety of visual and skill designs providing reasonable combat strategy. 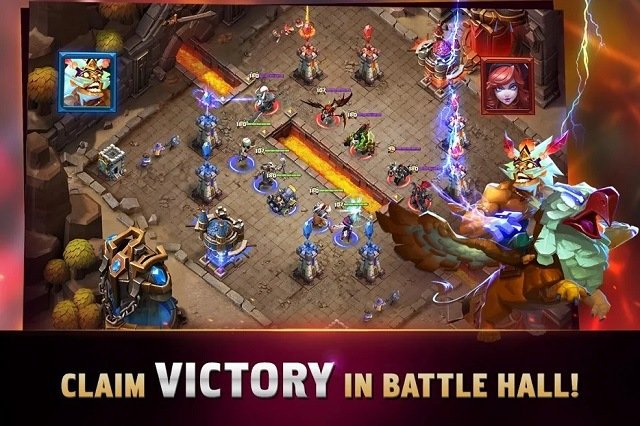 Fans of the genre will know that this action based strategy genre isn’t just about your army though with a well-designed and fortified base just as important in the scheme of things. Serving as your defence from other players who attempt to raid you for resources you’ll have dozens of buildings and defences which can all be upgraded to help you protect your city and resources.

On the combat side of gameplay Clash of Lords stays very close to what you would expect from the genre with players unloading their units in an enemy’s town. As the AI generally targets the buildings that they are placed closest to you’ll have to carefully consider your attacking strategy before you make a move and select your point of placement. 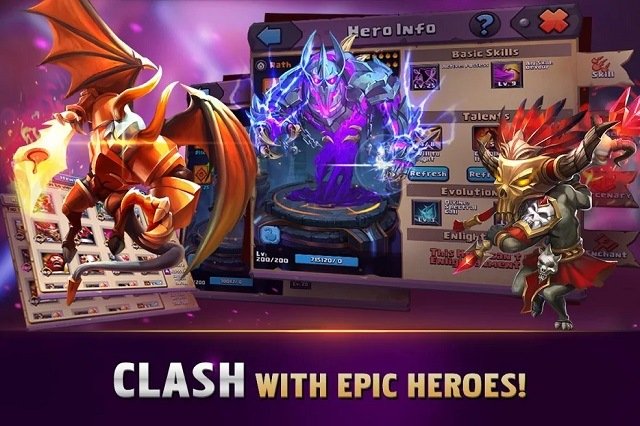 If you don’t want to jump into attacking other players straight away you’ll find that Clash of Lords has a great single player campaign to engage with instead and earn resources for expansion. It’s by no means a cake walk either and gets extremely hard towards the later stages providing just as much entertainment as the core multiplayer experience. Clash of Lords also includes a bunch of other PvP and PvE variants with 10 game modes in total that contain various mechanics and different rewards.

On the surface Clash of Lords is just another clone in an over saturated genre but it’s got a few standout elements through its hero and campaign system that push the game ahead of other mobile strategy options.