Clicker Heroes lets you click or idle your way to victory in what started as a simple browser based adventure (since retired) that is packed full of the usual genre features. If you’ve recently found yourself addicted to the sudden popularity of this genre and need an idle game that offers that endless gameplay loop that you crave with accessibility across platforms Clicker Heroes may just meet your requirements. 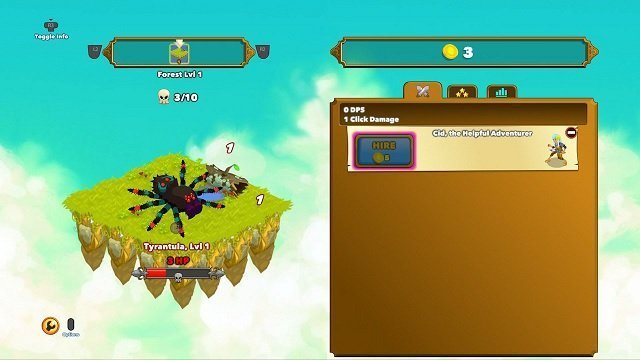 Starting out with just the ability to tap monsters to death you’ll slowly generate a stockpile of coins which can be used to upgrade the strength of every click or go down a different path and hire heroes to fight for you and allow the idling to begin. This choice is a consistent one across Clicker Heroes and while some players on PC opt to take the active route (often paired with an auto clicker) other platforms are more likely to adopt the idle approach that Clicker Heroes offers just as prominently.

While your first hero (Cid, the Helpful Adventurer) will solely boost your clicking power future heroes such as Treebeast and the Beach Princess will passively deal damage to enemies on the screen and allow you to advance through the various game levels without any interaction at all, a staple to the genre. Once unlocked with coins you can also give them extra levels which will eventually unlock skills to give them an extra boost and often create interactions with your other unlocked heroes such as increasing all of their damage by a small amount. 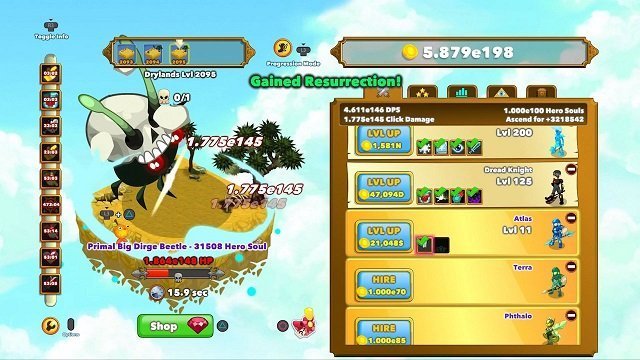 Players can also learn their own skills over time (tied to the character upgrade system mentioned above) which come in handy for the bosses of the game that appear at the end of each group of 10 levels or the tougher bosses that are within a level themselves. These skills are all on a cooldown but provide powerful boosts from passive clicks to critical strikes and extra gold generation that optimised timing can effectively utilise to boost progress beyond what would otherwise be possible. These boosts are particularly useful in taking down a powerful boss which idle gameplay alone can’t overcome giving you the opportunity to idle on the post boss level for better gold rewards.

In case you didn’t have enough fun the first time playing the game you’ll find an ascension mechanic that lets you get a fresh start to the game where your heroes are returned to level 0. The benefit of this is through thee hero souls you’ll be given based on your progress which allows you to access powerful ancients to help you make it further in your next Clicker Heroes adventure within a reduced time frame and a process that can in theory be repeated an endless number of times. 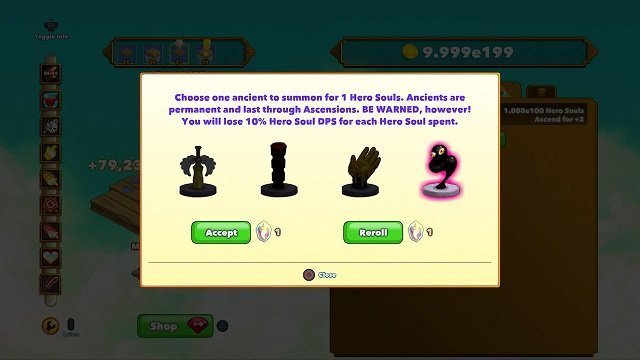 With hundreds of achievements, events and a guild mechanic also built in Clicker Heroes is a solid all rounder in the idle clicker games genre.