Clonk is a series of video games that mix action, strategy and platform gameplay. Some of the games are available for free while some must be purchased. 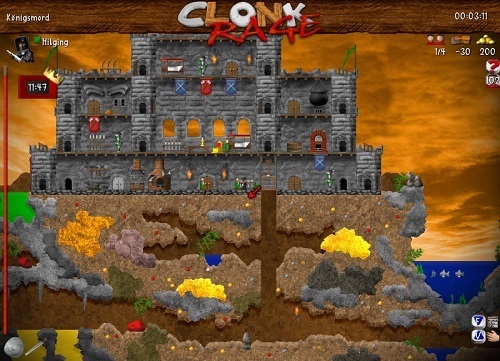 While the games are very enjoyable as a single player experience, they are even more fun with friends and thanks to the large number of multiplayer options it is very easy to connect with other players.

The Clonk series started back in 1994 with a simple game and has since been re-released a number of times to now include a collection of over 10 games that all have varying gameplay and features. Most games will have you collecting resources from the world (minerals, wood, etc.) and then using your structures to refine them into other materials. These materials are then used to wage warfare or complete other non-military objectives.

All the games in the Clonk series have players controlling a small race of humanoid style beings known as Clonks. Some games have you control groups of these creatures while others have you taking control of a single Clonk. Regardless of the game though one thing does stay constant throughout the series and that is the ability to control your surroundings (both landscape and buildings).

The Clonk games take place in real time across vast landscapes including hills, water, deserts and even volcanoes. This game world is even taken a step further with weather systems to create something realistic. 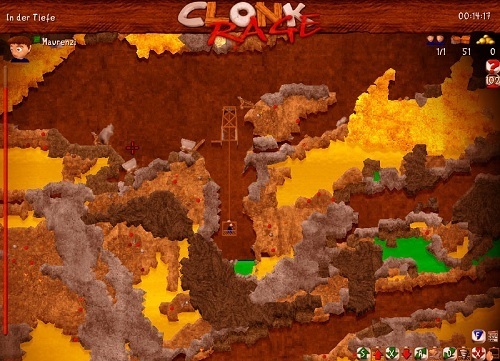 Some of the games in the series have a more action and warfare approach to gaming while some of them focus more on a sandbox setting that allows you to build the world around you. Regardless of the gameplay you prefer though there is a Clonk game for everyone and every budget.

If you are unsure where to start with the Clonk series of games then consider playing Clonk 4 (free), Clonk Endeavour (free) or Clonk Rage (paid).

This review was first published on January 3, 2013. Read our update policy to learn more.

Games Finder is a Steam Curator and featured in the aggregate review scores data of MobyGames and Neoseeker.
FEATURED ON
Games Like Minecraft, Games Like Terraria
1 COMMENTS
LEAVE A REPLY Cancel Reply