Club Cooee is one of the more unique virtual chat rooms available and is a great experience for fans of titles that merge social virtual worlds with games, vast avatar customisation and 3D chat rooms (such as IMVU). The game is published by Cooee GmbH and has a consistent audience of players of several thousands across the mobile apps (iOS and Android) along with Windows and Mac downloadable client. 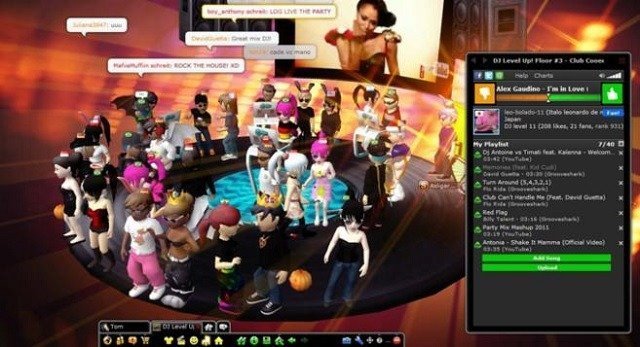 Club Cooee has all the fun features of similar games and includes 3D chat rooms to meet like minded individuals, games to keep you entertained and the ability to create your own virtual chat rooms for friends and smaller group chats. Of course there is also the ability to customise your own unique avatar with a huge amount of options allowing you to create any personality that you want or simply re-create yourself.

On the customisation front Club Cooee has a well rounded mix of realistic costumes and clothing alongside the more over the top items  such as wings and crowns. Style wise you can expect a mix of street, high fashion, casual, hip-hop, alternative and athletic amongst everything in between. Further customisation also comes in the way of pets which serve as your cute sidekicks in the 3D virtual world. Just like clothing these pets include basic cats, dogs and butterflies alongside the more exotic panda, unicorn and dragon. 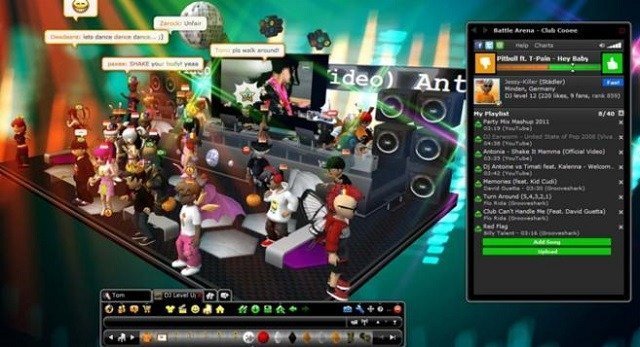 Most notably though Club Cooee runs on top of your desktop which makes it stand out from the other games in the virtual world genre and makes for a unique experience as you can have 3D avatars walking around your desktop background.

At the core Club Cooee is a social focused game with chatting in groups or 1 on 1 forming a large amount of gameplay. The huge community size which regularly sees user counts above 6,000 ensure there is someone new to meet and discuss your favourite topics from fashion to music and life in general.

Players aren’t limited to text chat though with the ability to embed pictures and videos into their rooms along with links to some external websites (such as Facebook). When you aren’t chatting with other members you can decorate your own Cooee house to your liking or go create your own music in the DJ room which other users can vote on and provide feedback. 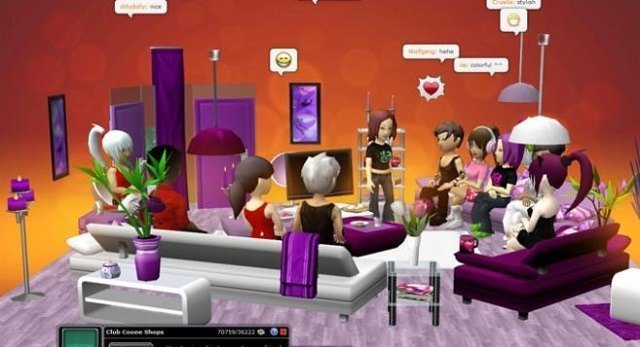 As is traditional for free to play games users that want to take customisation of their avatar a step further they can buy some Cooee points to access additional features and items. Cooee Points can also be earned by participating in the community, referring friends or by creating popular rooms that attract other users.

Despite being in a saturated niche Club Cooee continues to hold a strong audience which is the key to the longevity of any chat based game. This paired with the fantastic array of customisation options to deck out your personal avatar makes Club Cooee one of the leading experiences around.